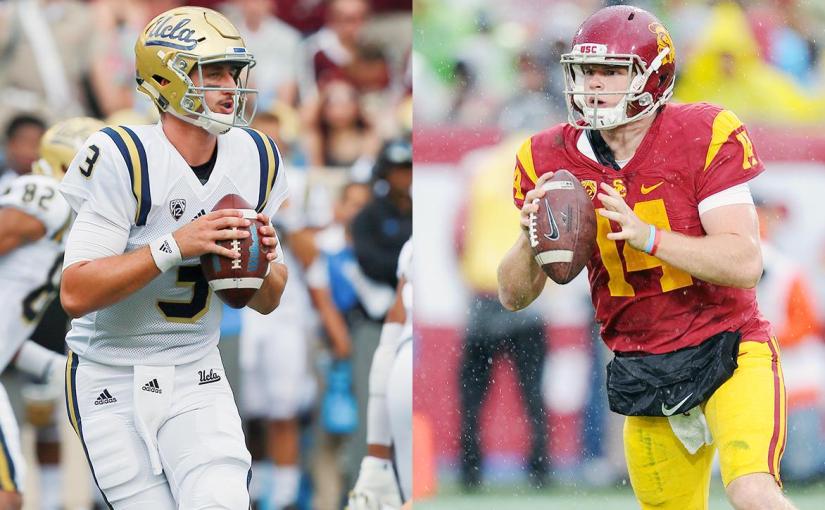 The California QBs that were touted as top picks before the season have both officially made their statements and declared for the draft within 1 hour of each other. Rosen, the UCLA product, made his statement on twitter first — followed up by USC’s QB Darnold doing the same but on Instagram.

There obviously was talk of both of them not wanting to go to the Browns because of the state of the franchise and I’m not going to get in depth in their abilities because Danny did so here. However, these two were selected as pre-season favorites to go early in the draft for a reason. Both slumped a little during their seasons and the records aren’t exactly eye-opening, but they both managed to have solid seasons.

If I had to choose one? And I’m sure Cleveland or the Giants will select a QB, if not both — I’m going Rosen. USC QBs never really pan out well  in the NFL(see: Leinart, Barkley, Sanchez, Kessler). I’d be shocked if the Browns went Darnold here as I feel even Josh Allen is a better prospect than him.

Either way, it is now official and the Browns are on the clock — let’s see if Rosen can be the game-changer to turn a franchise around.