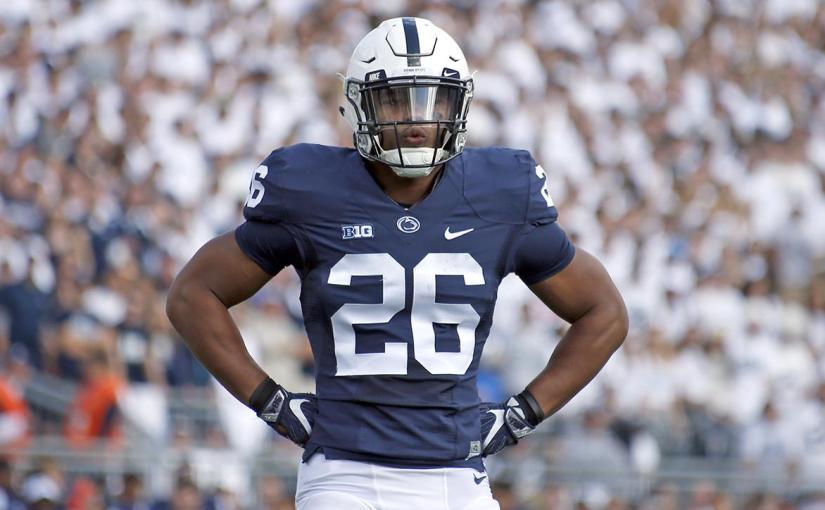 Penn State’s superstar running back Saquon Barkley is officially forgoing his senior year and has declared for the 2018 NFL Draft. He announced it through a post on his instagram

The pre-season favorite for the Heisman trophy started off the season in fire and helped lead Penn State make it all the way up to #2 before they ended up hitting a slight slump. Though they hung around, they were never in the playoff hunt and teams started to zero in on Barkley. He did have one of the better bowl performances of the year in Penn State’s 35-28 Fiesta Bowl win over Washington in which he had 137 yards and 2 TDs including a real casual 91 yard TD — ending his season total at 1,271 yards and 18 TDs.

He ended his Penn State career with 3,843 rushing yards which was just 90 yards shy of the Penn State record. He won’t care though as this was absolutely the right decision.

Barkley is a game-changer and an electric player who can run and catch. He’s top 2 on both Mel Kiper and Todd McShay’s board and I have to imagine he doesn’t make it out of the top 5.

Here's another Saquon Barkley stat worth noting: He did not fumble in his last 21 games, a span of 377 carries.

The Colts pick third and GM Jim Irsay said that they might look to take a running back early — which makes sense with Frank Gore being as old as dirt. I think they like Mack but it’s hard to pass up on Barkley. It’d be interesting to see him paired up with a healthy Luck and a competent coach (if they get one). The Giants, who haven’t had a solid running back in forever, would also be an intriguing landing spot at #2 if they don’t decide to take a QB. Lots of intrigue this draft but this kid is absolutely going to be a stud.