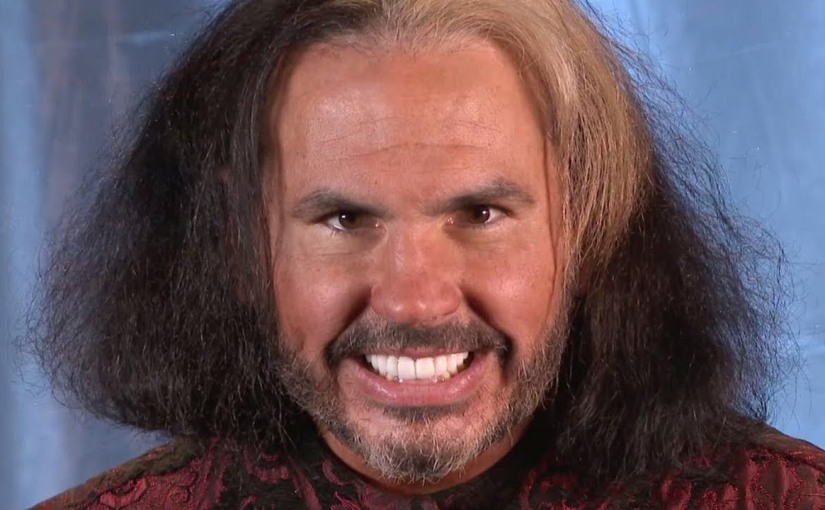 Growing up, I always viewed him as the “less impressive brother” of the legendary Hardy Boys tag team. Seemingly forever hidden in the shadow of his younger brother Jeff, Matt was destined for the undercard once the inevitable split came.

And this assumption seemed accurate initially. Matt Hardy Version 1 was clever, and he dominated the Smackdown cruiserweight division for some time in 2003, but the gimmick had a short shelf life. After a short stint on Raw, Hardy left WWE after his then girlfriend Lita’s affair with Adam Copeland (Edge) became public knowledge.

In July of 2005, Hardy returned to the WWE to seek retribution against Edge, channeling his “I will not die” mindset. Shortly after Unforgiven in September of 2005, Hardy lost a loser leaves Raw match to Edge, sending him to the Smackdown brand. In late 2006, the Hardys reunited and had some fantastic matchs against MNM. During the Summer of 2007 , Matt won the US title from MVP. In September of 2008, Hardy won the ECW championship from Mark Henry, an accomplishment in the fact that it was a “major championship” by name (McMahon had damaged the title beyond repair at this point after relaunching the ECW brand. Oh, and the title was silver. Why silver?) While these can certainly be classified as accomplishments, Matt was very much just “treading water” at this point, while his younger brother had firmly cemented himself as a bonafide main eventer.

At Wrestlemania 25 in 2009, Matt defeated his brother Jeff on the grandest stage of them all, seemingly proving the doubters wrong and showing that he was legitimate. After a mediocre end to his WWE run, however, Hardy seemed washed up (physically and mentally) and he departed once again.

Fast forward to January 2016, and Matt Hardy is World Champion for Total Nonstop Action Wrestling. The “Big Money Matt” character was a legitimate wrestler who needed to be taken seriously. Once he lost the title, however, he started acting like a crazy lunatic. And so his “Broken” persona was born. He was a broken man who had seemingly lost his mind. His main goal at this point became to permanently “delete” his brother from existence. Matt became obsessed with this mission, and he started chanting “delete” at random times during promos and matches. After numerous wins against Jeff, including the spectacle known as the “Final Deletion” match that was filmed on Matt Hardy’s estate, he forced Jeff to take the name of “Brother Nero,” thereby “deleting” the “Jeff Hardy” character. Complete insanity, I know. 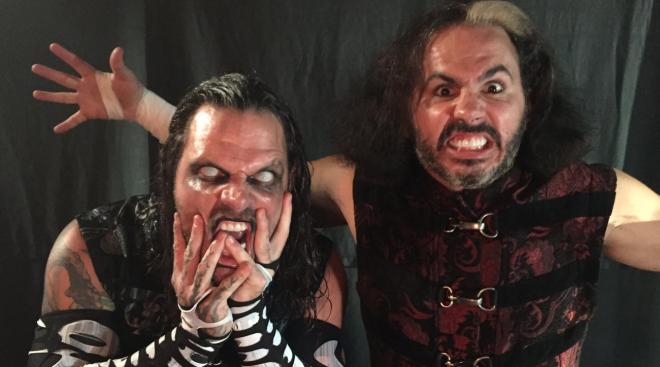 Now known as the “Broken Hardys,” they once again won tag team championships (because in the professional wrestling world brothers forgive and subsequently team up with each other after one brother defeated and tried to kill the other). Broken Matt and Brother Nero would leave TNA shortly afterwards.

The Hardys made their triumphant return to WWE at Wrestlemania 33 and won the Raw Tag Team Championships. Fans immediately began to wonder if the Hardys would be given the freedom by McMahon and WWE creative to use the “Broken” gimmick that became so popular in TNA. I found it hard to believe that WWE would be willing to let the brothers use a gimmick made popular in another wrestling promotion, and I viewed their return as nothing more than a nostalgia act designed to get fans excited as they relived their glory days from ’99-’02

After Jeff got injured during a match, an injury that is expected to cost him 6 months, Matt was left all alone, where he immediately began losing. Enter the genius that was his “Broken” character. Now referred to as “Woken,” Matt has been reborn and is aware of his shortcomings as a singles competitor. He has vowed to change. Matt began a feud with Bray Wyatt that will last presumably through the Royal Rumble Pay Per View in January.

And my goodness how incredible this gimmick is. Matt kills the unhinged and disturbed persona. Not only is it incredible in its own right, but it elevates Bray’s gimmick as well, a gimmick that has been severely damaged from poor creative decisions. Bray always thrives when he has an actual program that makes sense and that he can sink his teeth into. The unexpected injury to Jeff has been a blessing to the underutilized and under appreciated Matt, who is being given the creative freedom to show what he is truly capable of both in the ring and on the mic.

Matt has been “Woken” yet again, and dare I say this gimmick looks main event worthy. Best of luck to Bray Wyatt and the rest of the Raw roster as they avoid “deletion” in 2018.