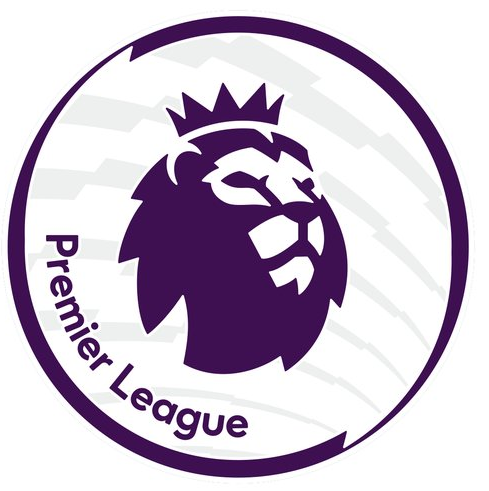 In the coming weeks, the 2017-2018 Premier League will kick off its campaign. Considering we are in such a dead sports period, I welcome the regular season with open arms.

Quick explanation of the basics for those who are not soccer regulars before we get started —  the league has a total of 20 teams competing for the title.  At the end of the season the team in first place wins the title.  Each win is worth 3 points in the standings, while a tie is worth 1.  The top 4 teams earn a spot in the UEFA Champions League, which is a tournament that the top teams in each of  Europe’s professional leagues compete for the title of European Champion.  The team who finish in the 5th position competes in the UEFA Europa League, which is a European runner up competition.

The bottom three teams are sent down to a league below the Premier League.  The top teams in the lesser league are then promoted to the Premier League. Often times the matches towards the end of the season that have survival, or relegation, on the line are the best.

In terms of off-season acquisitions, the main transactions that occur are transfers.  In North American sports, teams exchange players through trades or sign players via Free Agency.  In European soccer, the teams exchange money for player rights.  As an example, Brazilian superstar Neymar was purchased by French team Paris Saint Germaine from Barcelona for $228 million. After the fee is agreed, the player negotiates a contract with his new team.

I’m going to start Part 1 with a look at the teams that will be competing in the Premier League this year. 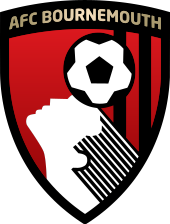 Bournemouth are coming into this season having survived their first two years in the premier league.  They are a solid side for a team of their financial capabilities.  This summer they made a few signings to bolster the squad — striker Jermaine Defoe, goalie Asmir Begovic, and ex Chelsea youngster Nathan Ake.

The Cherries won’t be competing for the league title this year that is for damn sure, but they have a solid side.  They can beat the best teams on any given day, and should not be taken lighly. 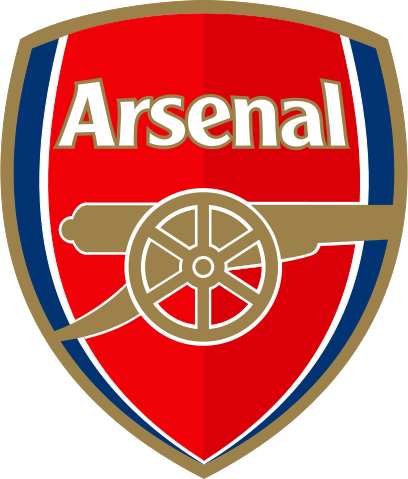 Arsenal are one of the big boys when it comes to English soccer.  They are one of about five teams that are in contention going into each season, and have one of soccer’s most tenured coaches in Arsene Wenger. Last year was one of turmoil for the Gunners; they finished in 5th place, which is one position outside of qualifying for the Champions League.

The Gunners made a major move this off-season to make sure last season’s disappointment is behind them.   Wenger brought in french international Alexandre Lacazette from Lyon for £55m. Lacazette is a forward attacking player who looks to fill the gaping hole that has plagued Arsenal for years.  The Gunners have also held on to Chilean superstar winger Alexis Sanchez this summer when it looked like he was sure to be leaving for another club.

Arsenal are always going to be a competitive side who will be in title contention for the first quarter of the season.  They seem to teeter off as the season goes along — I look for similar this season but they will finish within the top 4.

I’ve got very little to say about Brighton Hove Albion.  They earned promotion from the second division this season.  2017-2018 will be their first season in the Premier League since their founding in 1901.

I wouldn’t expect too much from a team like Brighton.  It is going to be an up-hill battle for them to survive relegation. 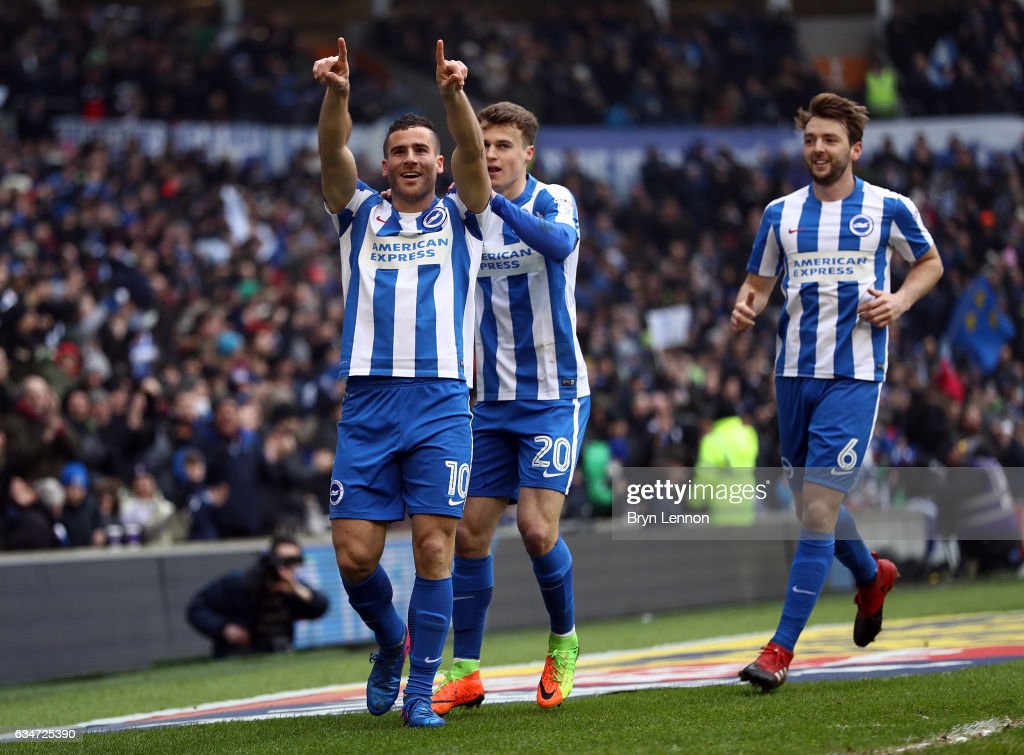 2016-2017 was an up and down year for Burnley.  For a team that was newly promoted, they got as high as 10th place mid-way through the campaign.  However, they came crashing down and finished in 16th just barely above relegation.

They lost a few key players in the transfer window –none bigger than their center back Michael Keane.  Keane moved to Everton FC this summer for around £30m. Losing young key players is always going to be a struggle for smaller clubs — I look for Burnley to struggle mightily in 2017.

2016-2017 was a resurgent year for Chelsea.  After finishing in 10th in 2016, the Blues brought in Italian manager Antonio Conte.  They got off to a bit of a slow start, but in late October they took off.   A mid-season streak of 13 straight wins propelled Chelsea into the top position for the remainder of the campaign. Their streak was able to tie the most consecutive wins in the Premier League of all time.

2017-2018 will look to be a bit tougher for the Blues.  Last year, Chelsea played fewer games than most of the top teams because they did not qualify for the Champions League in 2016.  This year, they will have to compete in the Champions League while defending their domestic title.

Chelsea have made a few summer signings, but most important being Alvaro Morata for £58m from Real Madrid.  Morata is a pure goal scorer who looks to replace Chelsea mainstay Diego Costa.  Not many changes are needed for the defending champs as they are stacked in almost every position.  Look for Chelsea to defend their title until the very end.

Crystal Palace survived 2017 to live to fight another day in the Premier League.   They were staring at relegation for about half of the campaign.  After firing manager Alan Pardew, Sam Allardyce was able to bring the team back to life in February.

Look for Palace to rebound in 2018 — they are a team that has some solid pieces. Striker Christian Benteke, midfielder Yohan Cabaye, and defender Mamadou Sakho are all quality pieces to build a team around.  In addition to these three, they have an emerging winger in Wilfried Zaha who has been linked to move to bigger clubs in the summer (Manchester United).  Palace have the depth to finish in the upper half of the Premier League table — new manager Frank de Boer will look to build off the momentum gained at the end of the 2017  season.

The transformation of Everton FC has nearly been as drastic as a NY Jets rebuild.  The club’s first year under new Dutch manager Ronald Koeman was successful in some ways. The club started out unbeaten in their first 6 Premier League games, but plateaued as the season wore on.

Many players have been brought in to forge a new identity for the club since most of the players from the old Roberto Martinez regime have moved on.  There may be some growing pains with so many new faces being brought in, but in time this squad will be competing for Champions League.  They will be playing in the Europa League this fall to get their feet wet in continental play.

Look, I am not going to pretend I have a fucking clue about Huddersfield Town.  I just know a team of this size will struggle in the Premier.  Huddersfield earned promotion through Playoffs in the league below.  The top 2 teams are automatically promoted, and the next 4 compete in a 4 team tournament to see who earns the last promotion spot.

Look for these guys to struggle mightily through the year.  Survival would mean massive success.

The fairy tale is over for the Foxes.  After one of the most mesmerizing title runs in sports history in 2015-16, 2016-17 was an equally as hard of a come down.  Leicester were in the relegation zone as late as February.  The club fired its championship winning manager Claudio Ranieri, and brought in Craig Shakespeare.

2018 will be another tough campaign for Leicester as they look to survive in the Premier League yet again.  Striker Jamie Vardy returns a year older and star winger Riyad Mahrez looks to be staying for the time being.  On a positive note, this year they will have a less crowded schedule as they did not qualify for either the Europa League or Champions League.

Fuck these guys.  Liverpool are coming off a successful 2017 campaign in which they qualified for the Champions League for the first time since 2013-2014.

Liverpool are a solid team offensively with the likes of midfielder Phillppe Coutinho, attacking midfielder Sadio Mane, and striker Roberto Firmino.  Liverpool continues to struggle on the back end.  Both goalies (Loris Karius, and Simon Mignolet) are average at best.  The outside defenders (Alberto Moreno and James Milner) are average to below average.  This leads to a side that can give a lot of goals to a good attacking team.  They do have solid central defenders in Dejan Lovren and Joel Matip.  It is going to be tough for Liverpool to maintain Champions League status with one of the weaker back-ends in the top 6.