Hey now! Bit of a surprising move here on a casual Friday afternoon! The Browns have traded a pick in both the 2018 and 2019 drafts for ex Dolphins Wide Receiver, Jarvis Landry.

Nice way to kick off the off-season for big dick Dorsey. They’ll pick up Landry and his $16 million franchise tag for 1 season. If it works out, than an extension could be in the works. If not, they’ll move on. It’s a low risk move for the Browns. I would prefer that they wait to see who will be under center, and how well Landry fits before an extension is discussed. I am sure he would be receptive to an extension, or else the Browns wouldn’t have made the trade. 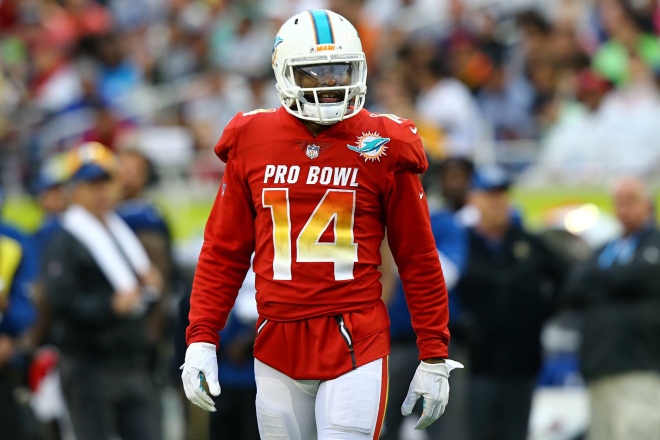 I’m not going to get too excited. I’m more curious to see if free-agents are willing to sign here than Landry who was traded. Hopefully this acquisition will show others the Browns mean business, and this leads to a few more acquisitions (Trumaine Johnson, Malcolm Butler).

It’s nice to add a pro-bowl player to the mix for sure, but Landry is coming off a down-ish year. Jay Cutler factor? Down year or not, the prospect of Gordon on the outside and Landry underneath….well that gets blood flowing.

Nice first move by Dorsey and company, but let’s not get carried away. 0-16 is 0-16 no matter how you slice it. Jarvis Landry doesn’t suddenly make this team .500, Daniel Jeremiah. This team has a long way to go. Let’s go Browns!

I think it’s very likely the Browns win a game this season. Perhaps many.