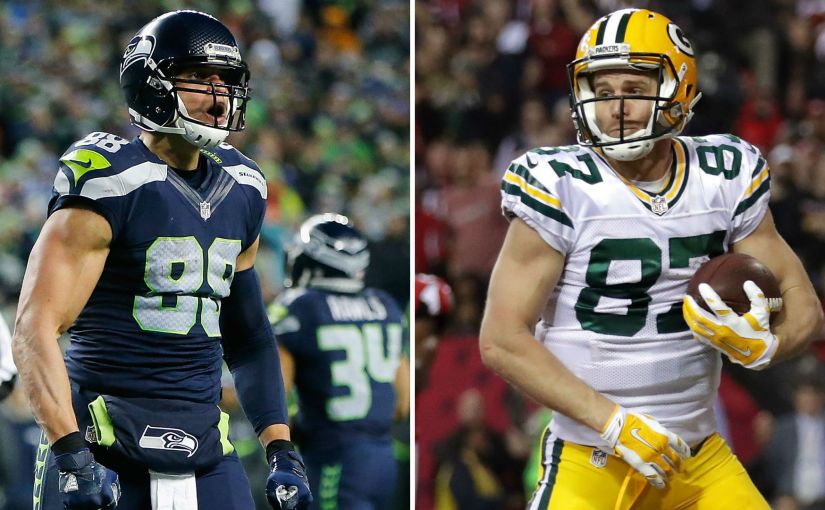 Yesterday was the most wild day of free agency I can remember in a long time as the NFL continues to dominate headlines even in the middle of March. One of the bigger moves of the day saw the Packers cut ties with their longtime #1 target Jordy Nelson.

The Packers of course however would not release Jordy without a reason. And that reason was due to a former basketball player (if you haven’t heard 30 times every season)

FINALLY, a weapon for DeShone Kizer (jokes). The leader in red zone TDs for tight ends has found a new home in Lambeau. There was a massive amount of talk of a reunion in New Orleans for Graham but they were unable to agree on a number. The Packers took this opening and swooped in to sign the dangerous TE to add an interesting weapon in Aaron Rodger’s arsenal. I actually like the move because Jimmy Graham was being wasted out in Seattle. They refused to throw to him and then would toss a fade every time they got in the end zone. Painful to watch. The Packers are going to be a pretty fun offense to watch now (their defense is still garbage — but hey who cares!). However, the fallout from Jordy Nelson is sure to hurt Packers Nation.

Hard to find the right words today to express what 87 means to me. No teammate exemplified what it means to be a packer quite like him. From living in GB full time, his incredible contributions to the city, state, and region, to his consistent, reliable play on the field. Definitely a sad day and the toughest part of this business. There will never be another quite like white lightning. #leader #brother #friend #baller #loyal #champion #legacy #intact #stillcanplayball #backshoulder #1stSBTD

87- It has been a pleasure to line up next to you! You showed a 20 yr kid what it meant to be a pro. I can't thank you enough for what you have meant to my career! More importantly… Jordy, Thank you for being an example of what a good man, husband, & father looks like. I value the friendship that we created over the years! Thank you for standing by my side on one of the biggest days of my life! We're family and always will be! #EndOfAnEra #187 #🐐

Jordy Nelson had unreal chemistry with Aaron Rodgers which I think will hurt them a bit. Nelson no doubt will be a hot commodity on the open market, despite being 32 years in age. If he’s looking for a new home, there’s another cold weather team that wouldn’t mind having him suit up — and it looks like it’s mutual.

I’m told Jordy Nelson knew he was being released and that he was already targeting the #Patriots as a potential suitor. Makes a ton of sense https://t.co/qMfQU9OXsd