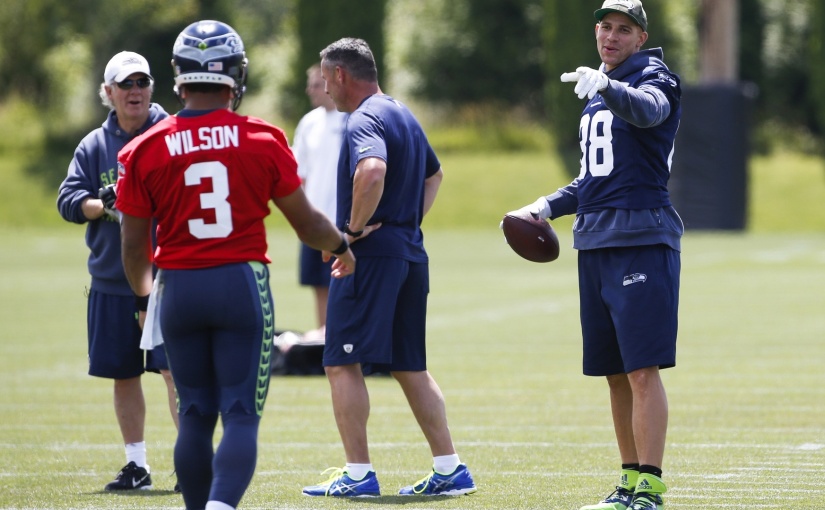 Jimmy Graham has finished his contract that was given to him for 4 years, $40 million by the Saints a year before being traded to the Seahawks.

Should have seen the I'm-out-of-here look on Jimmy Graham's face when the TE entered #Seahawks' locker room today. He saw the media horde inside on clean-out day and U-turned out of there without comment, off to free agency.

It’s no secret that he has been criminally underused in his time as a Hawk and will almost definitely be finding himself a new home this offseason. Sure — he finished with 10 TDs, certainly not shabby but only with 520 yards. He was a game-changer on the Saints and used as a primary weapon (as he should be) rather than just a red-zone target on Seattle.

I’d love to see him go back to the Saints. I can’t imagine he’d garner too big of a contract as he looked pretty bad this year — dropping some easy passes. To see him re-connect with Brees on a revitalized Saints team would be exciting for all fans (except other NFC South teams of course). He wasted his prime and is now 31 years old but the talent is still definitely there. If he’s willing to take a pay cut…a Gronk-Graham double TE set in Brady’s final years? Sign me up.