Another one down.  5 losses to go.  We are well on our way to 0-16, and each week it gets more miserable.  This past week the Browns traveled to Cincinnati for their annual beating. 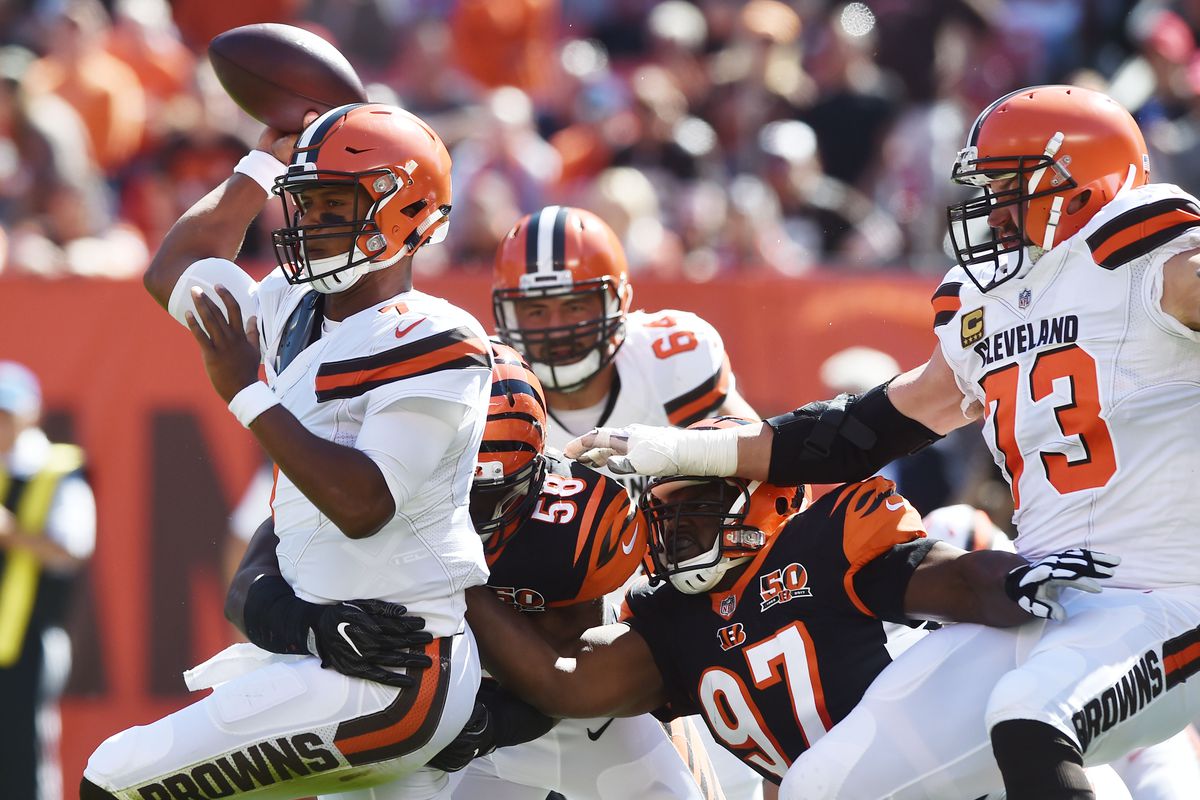 This game came down to the Browns being fucking IDIOTS at the worst possible time.  Penalties, missed blocks, drops, turnovers.  The list goes on. It’s another game, where in the third quarter the outcome was on the table.  One team had to go out and get the win.  Of course, it was the Bengals who stepped up.

The Browns kicked off the scoring with a Zayne Gonzalez field goal early in the first.  DeShone Kizer moved the offense 66 yards in 11 plays.   Andy Dalton came right back, and lead the Bengals to a TD.  Dalton hit Tyler Boyd for an 8 yard score.

In the second quarter the Bengals added three straight field goals to make it 16-3, but the Browns never quit god love em.  Towards the end of the half Kizer lead a 75 yard 11 pay drive ending in a Browns field goal.  The score was 16-6 going into the half.

With a chance to tie the game or take the lead with a stop, the officials called one of the most BRUTAL targeting penalties I have ever seen.  It came on 3rd down, and Andy Dalton threw a deep sideline pass to Josh Malone who caught it.  Peppers came over and leveled Malone causing the ball to pop free incomplete.  The officials flagged Jabrill 15 yards extending Cincinnati’s drive.  It was the most egregious 15yard could I’ve seen since Terelle Pryor was flagged 15 yards for dropping the ball after a catch.  Peppers struck Malone right in the chest.  It was a clean hit, and it would’ve given the Browns the ball back with a chance to tie the game, or even take the lead.  It was for not, the officials fucked us.  The game was officially over after that call.  Joe Mixon finished off the Browns with an 11 yard run for 6.  30-16 was the final.

Tune in this Sunday to catch the return of Josh Gordon to NFL action.  Hopefully it leads to a few wins.  It won’t, but a guy can dream.  The Browns take on the Los Angeles Chargers.  They’ll likely kick the shit out of us, but hey Josh is back. Lets go Brownies!