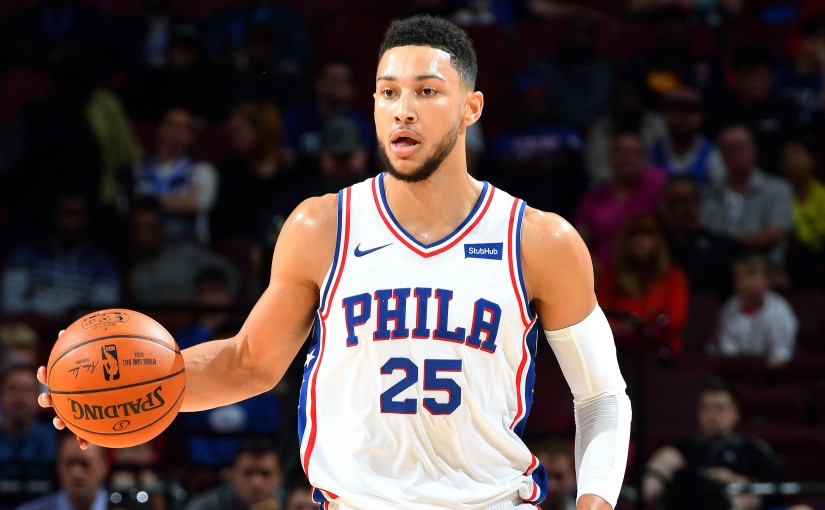 Last night, the Sixers shot 64 free throws in a win against the Wizards. Thanks to the ‘Hack-a-Shaq’ strategy, the Wizards made a run in the fourth quarter and with a single point deficit — at 5 minutes left in the fourth, the Wizards had the lovely strategy to foul on 12 (!!) straight possessions. Ben Simmons was at the brunt of it and ended the game with 15 makes on 29 attempts from the free throw line.

He had his first 30 point game thanks to this and the fourth quarter dragged on for 48 minutes, which is absurd.

“It’s not my rule, it’s an NBA rule,” Wizards coach Scott Brooks said about fouling Simmons. “Just trying to do whatever it takes to cut the lead. His free throw percentage is not good at the moment so it gave us a chance to shoot 3s while they hopefully miss free throws.”

Obviously, this is the fact with basketball and there’s really not too much you can do in regards to preventing this — but if this is happening and the game is clearly out of reach, I’m not about to sit here and watch a 48 minute 4th quarter between the Wizards and the Sixers. The Wizards did manage to cut the lead to 3 at one point, but ultimately ended up losing by 5. Hate the move but there’s not too much that can be done.