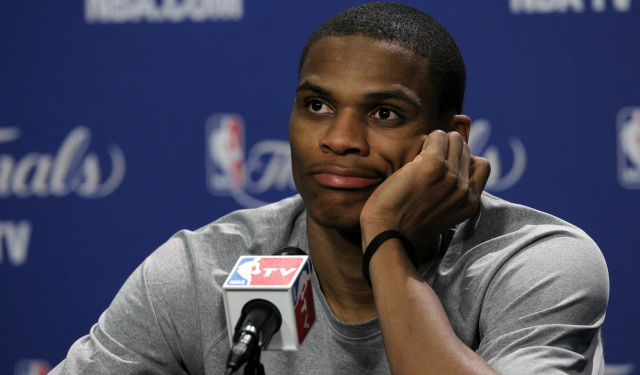 The Thunder dropped yet another game last night, this time to the Orlando Magic 121-108. After GM Sam Presti was hailed for winning the offseason, the Thunder have gotten out to an uninspiring 8-12 start. Combine that with their 0-5 record in the division and 2-9 record away from home, I think it’s time to start the panic button for this team.

Granted it’s only November and it’s not fair to judge a team full of new players on a slow start but I’m not sure if this team will be able to pull it together to actually make a run in the stacked Western Conference. Sure they brought in two stars to complement Westbrook but all of these players are all ball-dominant. Westbrook and Melo essentially play the same iso scoring game, both needing the ball to create. Paul George is a two-way player and probably was a great pickup — but at this point I think he is leaving after the year to explore greener pastures rather than staying in OKC. Westbrook put up 37 last night and the Thunder still lost by 13 — this shouldn’t be happening on a team touting 3 all-star caliber players. I expect the Thunder to turn it around but I don’t think anybody is expecting this team to make a run at the Warriors.