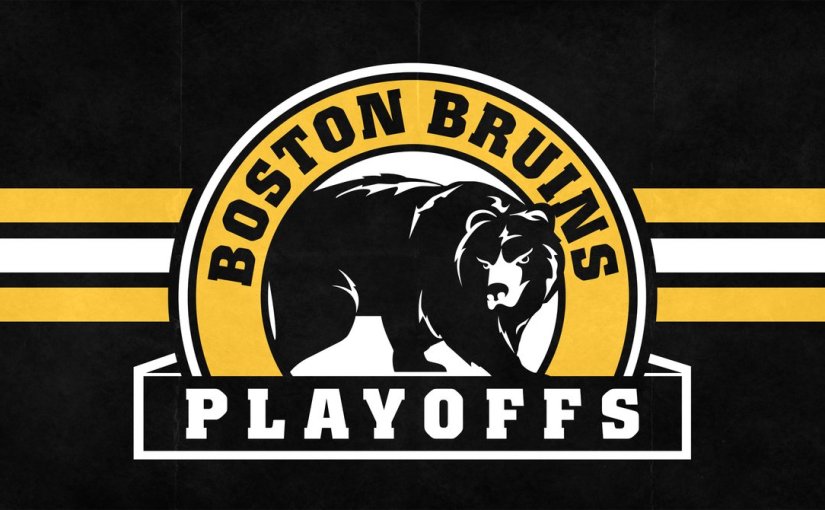 Last night the Boston Bruins dropped a 2-1 overtime game to the St. Louis Blues, but there is a silver lining.  The 2018 Bruins officially punched their ticket to the Stanley Cup Playoffs.  This makes it back-to-back playoff appearances for the Black and Gold.  It comes as a bittersweet consolation prize after the tough loss in overtime.

The Bruins limped into Scottrade Center with two new members added to the M.A.S.H. unit.  Rick Nash and Torey Krug both sat due to Upper Body Injuries.  It looks like those two are day-to-day  for the time being.  Enter two JAGS:  Paul Postma and Jordan Swarz were recalled from Providence to fill in.

The game itself was was a bit of a bore.  The Bruins lineup is so depleted you’re just sitting there someone doesn’t sneeze, and have to go IR because of it.  Despite all of this, the Bruins struck first:

The Bruins caught one helluva break here.  Normally the stripes are doing their darnedest to fuck the Bruins.  Not this time!  The NHL’s most underrated Defenseman, Alex Pietrangelo attempted to clear the puck out his own zone.  He turned and flung the puck, which hit off the skate of a nearby official.  Bruins rookie Ryan Donato pounced on the rolling puck, and fired it home.  That’s Ryan’s second goal in his short two game career.

The Bruins continued to press for a second goal, but St. Louis picked up their game.  Anton Khudobin did his damnedest to protect the slim 1-0 lead.  He was able to do so until early into the third to period:

Jaden Schwartz finds the net with this beauty from the top of the circle. 👊 pic.twitter.com/1WiPrzVI7F

Just an insane shot from Schwartz here.  Dobby didn’t have a prayer in stopping it.  The Blues were by far the better team for the third period, and that continued.  Dobby was fantastic in goal stopping 18 of 20 shots, without him this game would not have made it to overtime.

Khudobin makes some big saves in the final seconds of regulation and the @NHLBruins clinch a playoff spot. pic.twitter.com/LCfoSM8Xs6

A mere 30 seconds into the overtime, Jaden Schwartz made the Boston Bruins look completely inept.  After winning the opening face-off, Schwartz grabbed the puck, skated around his goal, and proceeded to skate end-to-end with the Bruins D-men allowing him to do so.  Schwartz ripped the puck on goal once he got to the hash marks, and it beat Khudobin low stick side.  Brutal goal to give up, as Matt Grzelcyk simply allowed it to happen.  Grzelcyk has had a fantastic year, but man you gotta contest there.  Youth Hockey 101: Gap control.  Giving forwards too much time and space leads to goals like the one above.

Silver lining: By reaching overtime, the Bruins officially clinched a playoff spot.  The three seasons prior to this were tough for the Bruins and their fans.  They missed the playoffs in 2014-15 on the last day of the season.  They finished with 96 points, but failed to qualify for the postseason.  In 2015-16 the Bruins again missed out on the postseason on the final day of the season, but finished with 93 points this time.  2017 saw them squeak into the postseason on the final week of the season, and they finished with 95 points.  It was brutal each season watching the final 20 games of the year, because each one was a playoff game.   Two of those three years the Bruins controlled their destiny and lost on the final day to miss out.  It was just fucking brutal.   Not this year, and not these Bruins.  They are comfortably locked into playoff position, and all that was needed was 1 point to secure a spot.  They got it done.  With weeks to spare.  So much better than the cheek clenching final months of years past.  I cannot fucking wait for the playoffs.  Lets go Bruins.

It's been one magical season. So far. pic.twitter.com/XPpzpt6HoO