This past Sunday the Cleveland Browns pulled the curtain on their home schedule, with a 26-18 beating of the hapless Cincinnati Bengals.  It was the first game I have ever watched where nearly every Offensive play the Browns ran…worked.  Everything was clicking.  The win on Sunday brings the Browns to 7-7-1 on the year.  Sadly, their fate was out of their own hands.  The day prior saw the Redskins lose to the Tennessee Titans, which was enough to officially eliminate the Browns.  Don’t cry because its over, smile because it happened.  I’m not necessarily mad they didn’t make the playoffs a year removed from not winning a single game, but looking back….FUCK.  They should be in.  The Browns should be traveling to Baltimore for the right to claim the AFC North Title.  Hindsight really makes those early season losses that much worse.  They will be playing a game which determines the AFC North Title at the very least? Either way, the Browns and their fans are having some fun.  This past week was yet another display of that, as it was a fucking treat to watch.

The beginning of the game saw both teams come out a bit flat.  It is expected for the Bengals who have nothing to play for at this stage.  The Browns had been coming out firing for the better part of a month, but the Bengals were able to stymie them early on.  Both squads exchanged 4 punts to begin the Battle of Ohio.  Finally at the end of the First Quarter Mayfield lead a long march inside the Bengal Five yard line.  On Third and Goal from the Three, Mayfield hit David Njoku in the back corner of the Endzone to open up the scoring.

Mayfield to Njoku for 6️⃣! pic.twitter.com/gIVkt90FNL

Nice throw by Mayfield to the back corner, and all Chief has to do is win the one on one battle, which he does easily.  Seems like a light switch has been turned for Njoku since the Kansas City game.  The Browns in general are freaking money in the Red Zone.  The Red Zone used to be a place where I closed my eyes and just hoped for the best.  Recently I can count on them to make big plays in the Red Zone.

Having just scored, the Browns were feeling it.  The very next possession had the Bengals going the wrong direction.  3 plays totaling a loss of 11 yards.  The Browns got the ball back, eager to give the Sellout crowd a show, Freddie Kitchens dialed up yet another trick on the first play from the Browns 30:

LANDRY WITH A PERFECT PASS TO PERRIMAN! pic.twitter.com/onD6U14oUW

Seeing this as a trend this year in the NFL.  A ton of teams are running a shitload of Jet-Sweeps with Wide Receivers, and occasionally having them throw up a bomb.  We’ve seen a few from Odell Beckham this year, and Landry has made a few attempts himself.  Helluva throw on this play.  No joke this might be the second best throw by a Browns QB since 1999.  What a beautiful throw by Landry!  First, he shows great awareness feeling that pressure coming, stepping into pocket, and hitting Perriman’s back shoulder in stride.  Not to mention he fit it between two defenders.  There goes Perriman again with his token big play.  Two plays later, Mayfield fired a Touchdown pass to Darren Fells to make it 13-0 Browns.

The Browns were rolling, so naturally Greg Joseph decided he’d rather play “H-O-R-S-E” by drilling the upright with the Extra-Point.  It wouldn’t pose much of a problem, because the Bengals would not threaten for the remainder of the first half.  The Browns would add a Greg Joseph Field Goal to make it 16-0 at halftime.

The Second half started out much like the First.  The Bengals were forced to punt on their first possession.  Mayfield made them pay, taking the Browns on a 9 play, 87 yard march to pay dirt.  On 3rd and 4 from the Bengal 17, Mayfield hit Rashard Higgins underneath, and Higgins took care of the rest:

Once again the Browns were absolutely torching the Bengals.  They would add one more Field Goal in the fourth Quarter to make it 26-0.  Jeff Driskel then lead a mini-charge, scoring 18 unanswered points.  On their last drive of the game, Mayfield decided it was time to ice the game:

Best part about this play?

Naturally that is Hue Jackson who Baker is taunting right there.  I was hoping they’d get really mean, and try and punch it in after that long catch and run.  Sadly the Browns decided to #VictoryFormation for the remainder of the game.  A third consecutive win brings them to 7-7-1.  This is bittersweet because it is great to finally be winning at a healthy clip.  7 wins a year removed from winless will never not be a positive.  It is unfortunate that their ducks were not in a row at the beginning of the season.  There are games that they should have won.  Oakland, New Orleans, Tampa, and the first meeting with the Steelers should all have been Browns wins.  More often than not, the Browns beat themselves or got screwed by inexplicable calls in those games.  They should be around the 11 win clip.  That doesn’t mean this season is a failure, its just giving me some serious blue balls.  Had that first down call in Oakland not been reversed, this weeks match-up with Baltimore would be for the fucking division.

This game does have meaning, as it will determine who wins the AFC North.  If the Browns win, the Steelers will take the North (assuming they beat Cincinnati).  The Ravens win and they’re in.

The game has been flexed into the National time-slot with Nance and Romo calling this one.  Hopefully the Browns will be playing more Nationally televised games in the future, but with their own Playoff fate on the line.  Lets finish above .500, shall we?

Stop us if you’ve heard this one…

A GOAT & a Baker walk onto a field… 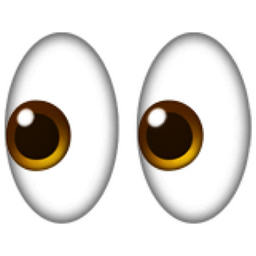