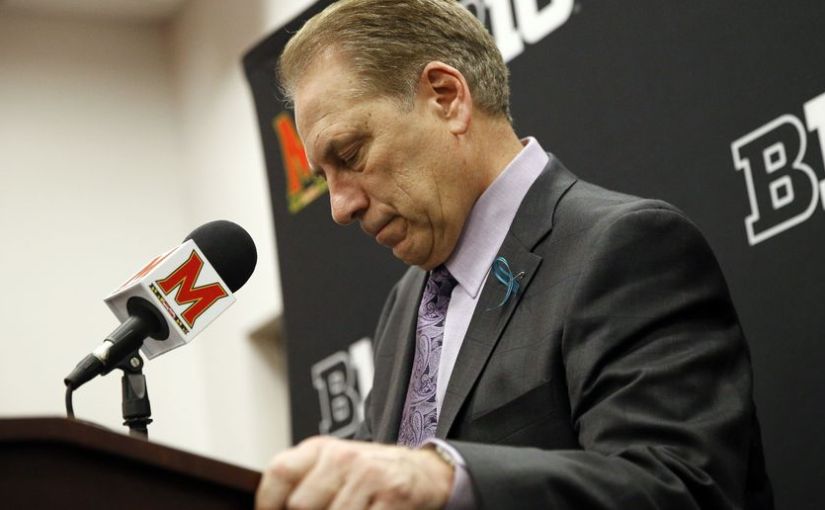 Michigan State started off the tournament as one of the most popular picks to win the title — what a JOKE. Syracuse weaseled their way into the tournament, as they always seem to do as of lately and keeps justifying it. Michigan State took a 30-5 record into this game and well..

Of course, everybody this weekend is talking about Virginia so not much will be focused on the poor job that Izzo did here. Syracuse, which came into the game playing their zone defense as they always do were able to stifle and shut down Michigan State.  The Spartans missed their last 14 (!!) shots and did not record a FG for the last 5:43 of the game.

The only way to beat that Syracuse zone is to attack it, which Sparty did a horrendous job of doing so. Miles Bridges, one of the premier players in the country, was not properly utilized as they should have had him cutting to the glass. This isn’t all on Michigan State losing as Syracuse firmly deserved the win but this is just another notch into all of those people who refer to Izzo as someone to fear in March. He won one national championship all the way back in 2000, which I’m not sure if you realized was 18 years ago at this point. Michigan State has made the final four 3 times in the last 15 years which isn’t a bad thing but Izzo is constantly referred to in the Coach K category. Let’s get this straight — he’s not. He’s a good coach but the Spartans will not win another title with him at the helm.

Kudos to Syracuse, they did what they came out to do which was win an ugly game. They have Duke on the horizon who looks damn good but there’s no way we can’t justify their selection at this point. Fouling at the end of the game when up three is probably my least favorite thing about basketball but a win is a win.