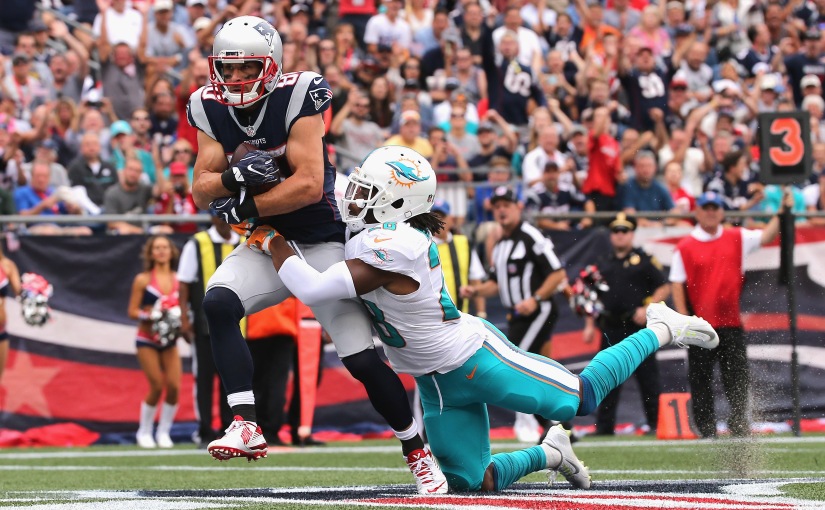 I’m going to be honest here — I had no idea Amendola was even a free agent? Does that mean I won’t miss Danny Playoffs? Absolutely not.

Danny Amendola is staying in the AFC East… expected to sign with Miami Dolphins per source.

It’s a gut punch that he’s going to the Dolphins and staying in the AFC East. Will the Patriots be fine? Of course they will. Belichick will pull the ball boy into the receiving corp and the engine will chug along per usual. Does it suck? Absolutely. Amendola, though not producing much in the regular season usually was always clutch when it mattered. Take a look at this year:

Easily the Patriots playoff MVP outside of #12. Can I blame Amendola, a 32 year old slot receiver with a history of injuries, for cashing in? I can’t. Right now it’s reported as a 2 year, 12 million dollar contract which is way more than the Patriots would have offered. The Patriots, per sources, had a chance to match and refused as their crowded receiving corp could not find a spot for ‘Dola. He will be missed and that two point conversion catch during the Falcons was the clincher to go into overtime. His best moment will still go down in Patriots’ history: