Yes, we understood. The Uso’s were Samoan and enjoyed tribal dancing and painting their faces. Their entrance was cool. They sang a jaunty tune. Some pyro went off. They had some colorful shorts. They smiled a lot. They made their way to the ring. And they did their thing. Neat. 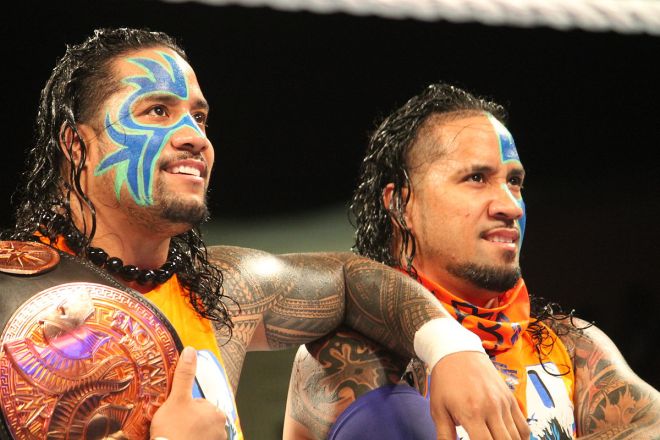 Don’t get me wrong, they were an incredible tag team. But they were the typical generic babyface tag team that wasn’t destined for much else despite their numerous tag title wins. It truly was incredible that the gimmick made it as long as it did without the fans turning on them. Until they did. Something needed to be done to “spice” the act up.

Welcome to the Uso Penitentiary.

The Usos finally turned heel in September of 2016, after blaming the fans for giving up on them and cheering for other teams. After a few months, their image began to change, as they became more vicious and thug like. They altered their music and arrived to the ring with less energy and less charisma. They adopted the motto “down since day one-ish,” signifying that they have always felt under appreciated and disrespected. Before they entered the ring, they would grab a mic and welcome their opponents to the “Uso Penitentiary.” This new gimmick was money, and so much more entertaining and believable than their happy-go-lucky babyface run before.

On March 21st 2017, the Usos defeated American Alpha to become the Smackdown tag team champions. Over the summer, they began a program with The New Day, which was a rivalry that I consider to be the greatest of the year on either brand. These two teams were so evenly matched, and they tore the house down every time they met, whether it was on Pay Per View, a pre-show, or an episode of Smackdown.

They met for the first time in June at the Money in the Bank pay per view, where the Usos got themselves intentionally counted out to retain the titles. The next month at Battleground, however, The New Day defeated them to become the champs. The Usos regained the titles at Summerslam, only to lose them in a street fight less than a month later to The New Day on the September 12 edition of Smackdown. This “hot potato” game they played with the tag titles may have been annoying to some, but it really showed just how evenly matched these two teams were: any team was capable of winning on any given night. The Usos decided to invoke their rematch clause at the Hell in a Cell pay per view in October. The match was to be contested inside the ominous Hell in a Cell structure. The stage was set for an epic showdown that was being labeled as the final match between the two teams.

And an epic showdown it was. In what was a vicious and brutal match between the two teams that lasted over 20 minutes, the Usos defeated The New Day to win the Smackdown tag team championships for the third time, thus ending this epic rivalry.

On the next Smackdown, the Usos called out The New Day and offered a truce, thus turning them into faces once again (albeit a bad ass face team that kept their street-like gimmick).

At Survivor Series in November, the Usos defeated the Raw tag team champions The Bar (Sheamus and Cesaro) in a champion versus champion match. This match was interesting in that it was between, in my opinion, the two best tag teams of the year. Sheamus and Cesaro are two of the better wrestlers WWE has rostered, but had been criminally underutilized for some time on the Raw brand. After being paired together, however, they formed a team that didn’t just set “the bar,” they claimed that they were “the bar.” In the end, however, the Usos left Survivor Series with the W. The Usos have since started a program with Chad Gable and Shelton Benjamin, in what is shaping up to be another tremendous rivalry.

The Usos simply dominated 2017. Period. They completely revitalized their career by turning a boring, generic babyface gimmick, into a bad-ass, street-like one. Their improved promo work, in addition to their already tremendous in ring work, has resulted in an elite tag team. They have firmly cemented themselves as one of the better tag-teams of their generation, and they seemingly keep getting better. They may have been “down since day one-ish,” but they have since climbed all the way to the freaking top. 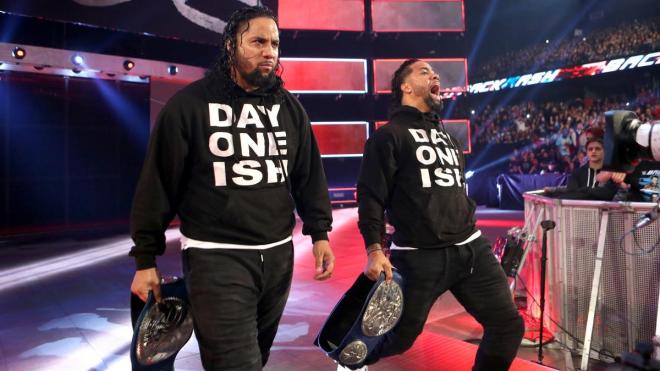