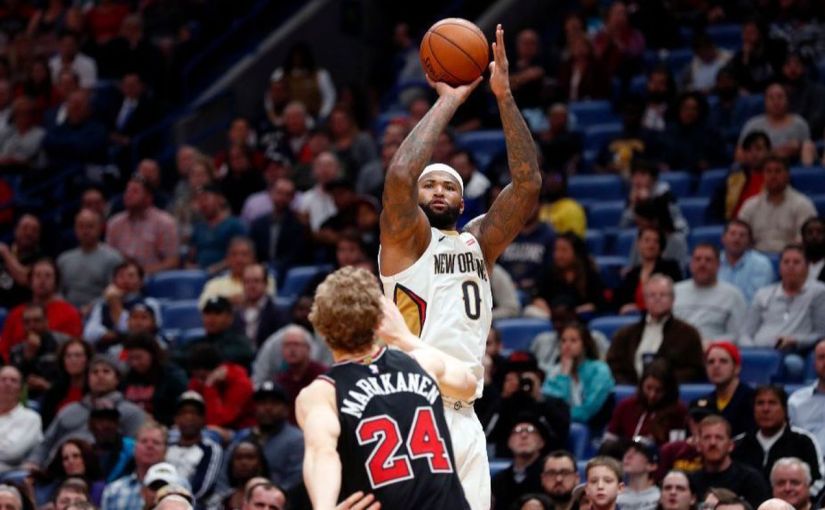 Last night in New Orleans, DeMarcus Cousins joined Wilt Chamberlain in slim company. He became the first player to put up 40-20-10 in 50 years. He finished the game (although it ended in double overtime) with 44 points, 24 rebounds, 10 assists, 4 steals, and 1 block. He did play 52 minutes but this is still a monster stat line. AD also dropped 34 and it really is a wonder how the Pelicans can only manage to be a few games over .500.

Some of the players took to Twitter to congratulate Boogie on the Wilt stat-line.

There have been eight 40-point, 20-rebound games since 2003. DeMarcus Cousins and Anthony Davis own six of them.