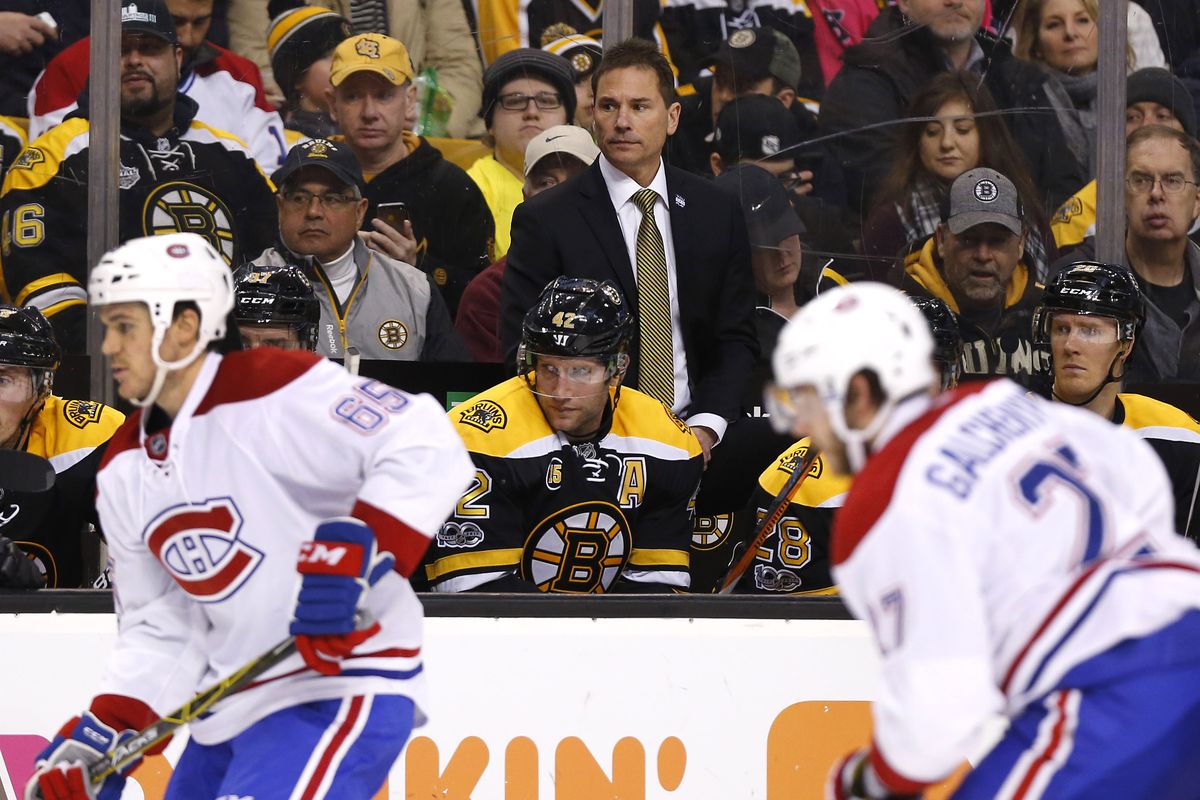 Bear with me for a minute while I explain the point of this blog will yah?  If you’re reside in the Boston area like myself, theres a lot of pole smoking for Boston Celtics Head Coach Brad Stevens.  Rightfully so, he’s done a fantastic job with the Celtics over his tenure.   He is consistently praised for being a brilliant mind, and coaching up players to exceed expectations.  Now, lets all take the green schlong out of our mouths for a second, and take a look at the job Bruce Cassidy has done with the Boston Bruins. 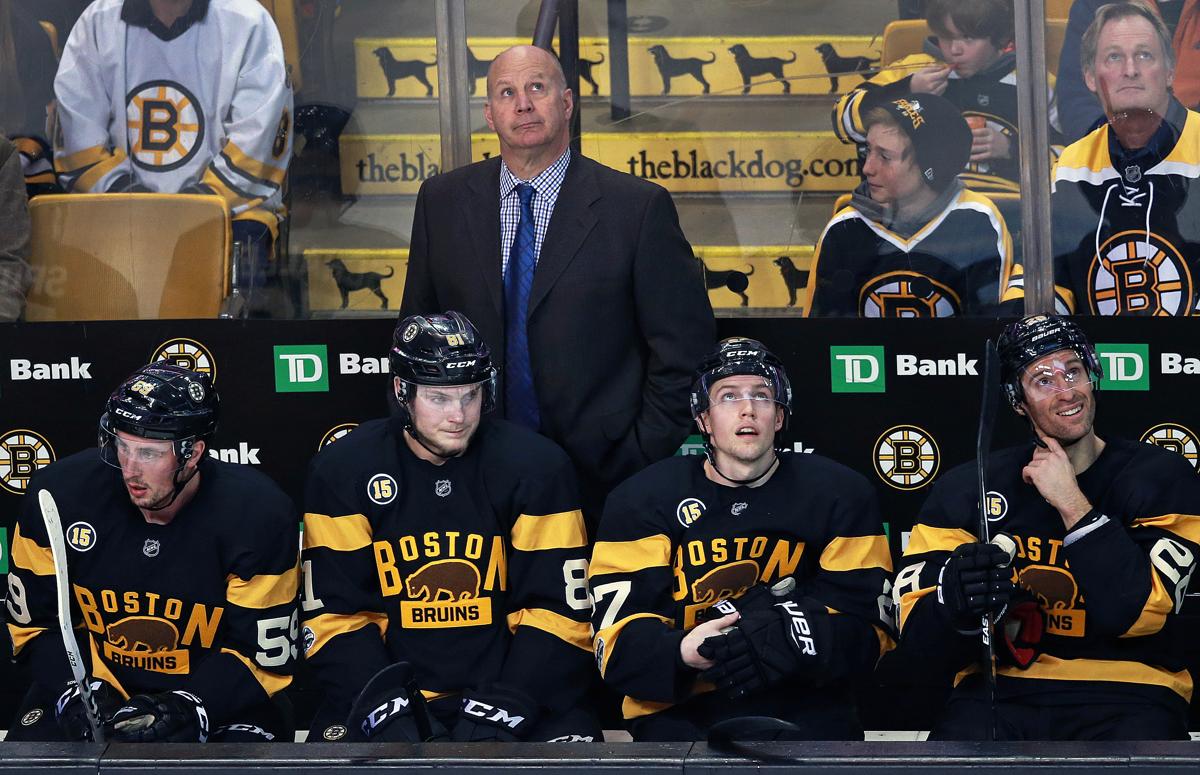 Almost a year ago the Bruins were treading water.  Their long tenured coach Claude Julien had won a cup here, and been to another finals appearance two years later.  They had an oldish roster that still, on paper, should be making the playoffs.  In February of 2017 the team had stalled. It was Juliens 10th year at the helm, and the message had gone stale.  The Bruins were on the outside of the playoffs, and played un-inspiring hockey on a nighty basis.  On Super Bowl Monday Don Sweeney finally announced that Claude Julien had been fired, and Bruce Cassidy would be named interim head coach.  Cassidy had been head coach of the Bruins top minor league affiliate Providence Bruins, and was only promoted to Bruins assistant in 2016.  The Bruins got killed for their decision.  How could they do their Stanley Cup winning coach dirty?  Well, it was the best decision the organization ever made.  At the time of the coaching change the Bruins were on pace for 80 or so points.  80 certainly is not going to get you into the playoffs in todays NHL.  Hell, they had missed with 97, and 96 points consecutively.

Cassidy came in and immediately the team showed a change on the ice.  They played free, creative, and fast.  Those three attributes are absolutely imperative in todays NHL.  All of the good teams are young, and fast.  Claude refused to change his ways.  His young skill players had a tough time dealing with Claude, because he would enforce a strict defensive system.  As soon as his fat ass was sent packing the team sprung to life.  It wasn’t short lived either, Cassidy lead the B’s to the playoffs for the first time in 3 years. Injuries derailed the hopes of a run, but Cassidy’s Bruins busted their balls.  All but 1 game in the 6 game series went to overtime.  The Senators would make it to within 1 goal from the Stanley Cup Finals.  They lost to the Penguins in game 7 of the Eastern Conference Finals.

What has Butchy done this season you ask?  Well, it’s still very early, but the Bruins currently sit in third in the Atlantic Division.  So what? Considering what the Bruins have had to deal with this season, it’s a goddamn miracle.  From the very get-go the B’s have had a rash of injuries.  Not only are they injured, they’re icing a minor league outfit.  Take a look at a list of Bruins players that have missed time this year:

All of these guys haven’t been out at the same time, but at some point their spot has been filled by a call-up.  Bruce Cassidy continues to keep the Bruins competitive despite so many injuries.  They refuse to wilt to the city of Boston not caring about them (record low viewership), and the media asking them to tank/pack it in for the year.  Cassidy has inserted young players that bust their ass night in night out.  Some of the young kids are a real bright spot for the Bruins, and it is exciting.  Danton Heinen has emerged as quality winger that can play on your third line, or first.  Anders Bjork has been a dangerous offensive weapon when healthy, and showed great chemistry with Brad Marchand and Patrice Bergeron.  Brandon Carlo is continuing to develop into a top 4 shut down defenseman.  He won’t wow you with offensive stats, but the guy is becoming a rock in his own end.  Calm with the puck, good skating for a guy his size, and has a bit of nasty in his game.  When healthy, Peter Chelarik has shown that he and his Czech buddies Krejci, and Pastrnak have fantastic chemistry.  Chelarik’s passing vision is amazing.  He fits so well with Krejci, who likes to slow the game down, and make plays passing the puck.

Cassidy inserted AHL journeyman Jordan Swarz when they had no centers left, and Swarz filled in admirably.  The guy hadn’t sniffed the NHL in his career until this season.  Hell, an uncle of mine plays in a fucking mens league with Swarz.  That’s how depleted this team is.

Perhaps the most controversial decision he’s made was benching 7 million dollar man Tuukka Rask.  Rask has been underperforming so far this season, so Cassidy turned to journeyman Anton Khudobin between the pipes.  Dobby went out, and won four in a row.  The team overall has won 5 of 6 games.  They survived arguably the toughest test in the NHL, the California Gauntlet.  The B’s dropped the first game of the trip to the Anaheim Ducks.  Things looked bleak. Brad Marchand, and Anders Bjork were sent home due to injury.  The boys bounced back with massive wins over the LA Kings, and San Jose Sharks.  They then took down the New Jersey Devils in a shootout shortly after.  The Devils were the Eastern Conference’s best team at the time.   The Bruins then took care of the two time defending champion Pittsburgh Penguins, and most recently took down the Tampa Bay Lightning.  The Lightning are currently the best team in hockey.

Cassidy has groomed arguably the Bruins best prospect since Raymond Bourque.  Charlie McAvoy is the B’s best player at age 19.  It’s not even close.

#NHLBruins stat of week: 10 of top 11 individual time-on-ice performances by rookies this season belong to Charlie McAvoy, including his individual game high of 29:47 (10/28 vs LAK). He is averaging 23:42 TOI per game. No other rookie is averaging more than 20 minutes per game.

The kid is the real deal.  I can’t imagine a prospect showing the kind of ability Chaz has consistently.  The Bruins have had some highly touted prospects too.  Joe Thornton, Tyler Seguin, Phil Kessel, or Douglas Hamilton ring a bell?  None, I repeat none of those names had the impact year one quite like McAvoy.  He wows you passing the puck, has a rocket shot, can skate around you, and best of all he’ll line you up and take your head off.  Chaz is a staple on the Bruins top d pair.  Credit to Cassidy for letting the reigns off the kid.  Claude Julien would have a tough time giving Mac the freedom Butchy does.

(Skip to the 10 min mark for McAcoy) Bottom line here is, Bruce Cassidy is doing a fantastic job with the Bruins.  It’s a shame no one gives him any credit.  The team is a complete shit-show, yet they’d have home ice in round 1 if the season ended today. The Bruins still have an uphill battle to get into the playoffs, but considering the circumstances I am more than content with where they’re at.  They’re young, and there’s going to be stretches of rough play, but with Cassidy at the helm I have complete faith this young team will be a cup contender in two seasons. 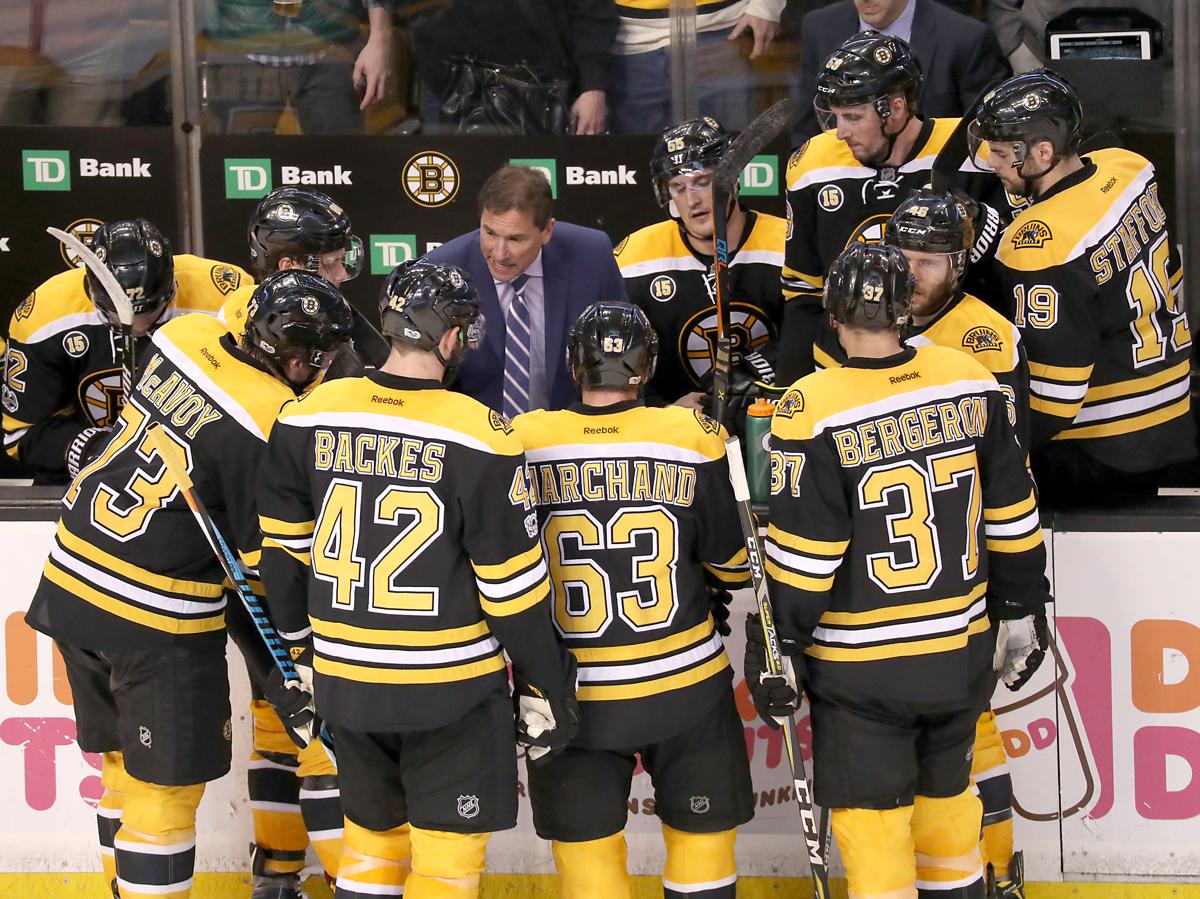