2017 will bring yet ANOTHER starting QB for the Cleveland Browns. DeShone Kizer, the Browns’ second round pick, will be the teams 27th starting QB since re-joining the league in 1999.  It has been continued futility for the Brownies as a whole, but the quarterback position has been an absolute mess.

On Wednesday, Hue Jackson named the rookie as the starter for preseason game number 3 against this year’s “you heard it here first” team in the Tampa Bay Buccaneers.  Jackson left the window open to fall back on his decision by not really tabbing him as the game 1 starter, and said “we are very excited about seeing DeShone in the role of starter for this week, as he is certainly positioning himself well to earn the starting job heading into the regular season.”  Leaving that fall back option just in case he really blew chunks against the Bucs.

Saturday brought a glimmer of hope for the Cleveland Browns that they haven’t seen since coming back in ’99.  Kizer showed actual legitimate potential at the quarterback position.  His numbers are not spectacular by any means, but they reflect positive steps at the game’s most important position.  Kizer finished 6 of 18 for 93 yards — no touchdowns and 1 interception.  Not glamorous numbers by any means, but in the monsoon, Kizer was 5 of 7 on third down and had numerous drops throughout the game.  Most notability by veteran stiff Kenny Britt on third down and Rannell Hall as well.  Hall caught a TD, but could not keep his feet in bounds to complete the catch.  Kizer demonstrated budding chemistry with second year wideout Corey Coleman, completing multiple third down conversions.

The play that stood out the most was one he didn’t make.  On first down from their own 1 yard line, Hue Jackson gave Kizer a test.  Kizer dropped back to air it out from his own endzone — seeing the pocket collapsing, Kizer used his athleticism to roll out the pocket and throw the ball away all with a defender in his face.

Kizer showed incredible poise and pocket awareness in his first start, and third game played overall.  He has an uncanny ability to move throughout the pocket, while keeping his eyes downfield.  In his first preseason game against the Saints, he put this trait on display.

On this third and fifteen from his own 47, Kizer felt the pressure from the interior d line, threw a pump fake, and stepped in the pocket to hit Richard Mullaney 52 yards down field.

Later in the same game facing a 4th and 2 with under 2 minutes to play and down by a score, Kizer stood in the pocket and threw a bomb to Jordan Payton.  Payton caught the pass in perfect stride for the game winning score.  Kizer took a shot as he threw but was still able to throw a missile about 45 yards hitting Payton in stride.

Early Monday morning it was announced via conference call that Hue Jackson named Kizer his starting quarterback for the regular season.  There is excitement about this football team — the defense hasn’t given up a touchdown since the 1st quarter of the opening preseason game and it finally looks like their may be hope at the Quarterback position.

Every DeShone Kizer play from Week 3 vs. Buccaneers:

Lets take a quick look at the 2017 Cleveland Browns schedule:

A few things stand out when taking a quick peak at their upcoming schedule.  Depending on how the offense looks in competitive games, I can see the Ravens and Colts games being potential wins.  Joe Flacco still has not practiced and injuries are piling up on the Ravens.  The Colts may still be sans Andrew Luck, and even with Luck I do not foresee the Colts being a contender in 2017.  Week 5 against the Jets looks to be a sure win as the Jets will likely field the worst group of 22 football players since the 2016 Cleveland Browns.  A mid-season meeting with the Jags seems promising, and week 16 against the Chicago Bears could be a win as well. 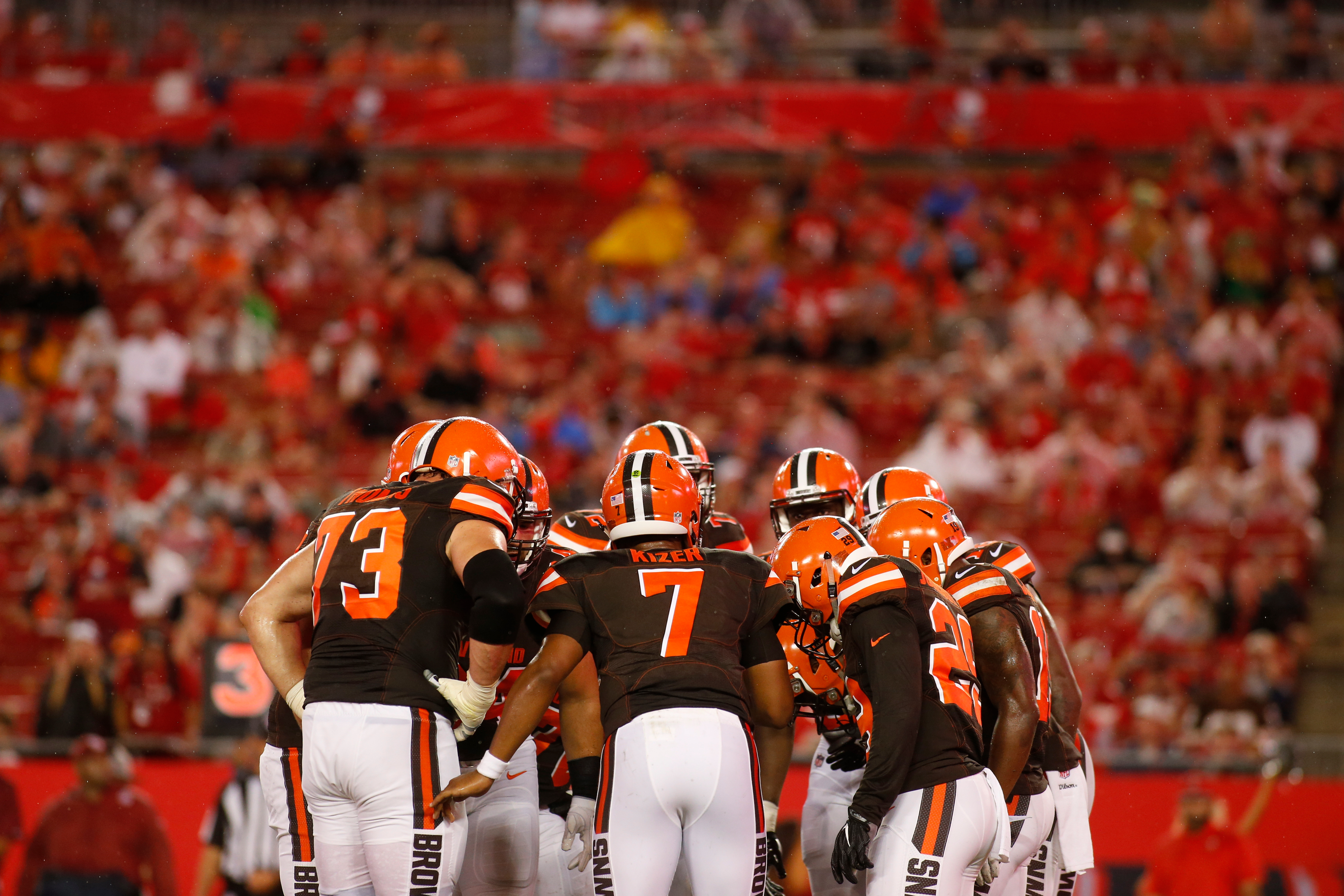