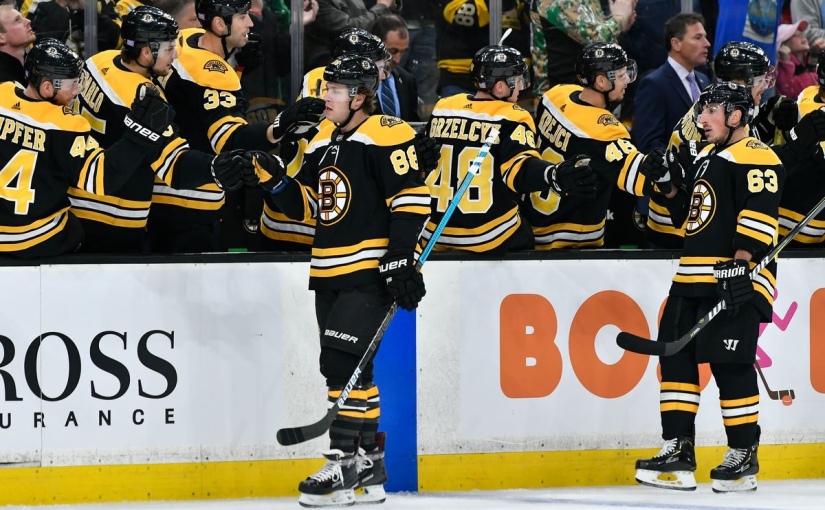 We’re past the halfway point in the 2019 NHL Regular Season, and the Boston Bruins rest in 3rd place in the Atlantic Division. Despite major injury issues at the beginning of the Season, Bruce Cassidy’s bunch has once again kept the ship afloat.

That tells you that the Bruins are kind of good this year, but looks may be deceiving. They are not great. As of this moment, the Bruins pretty much live and die by two things:

1. Tuukka Rask, who’s been phenomenal since his early season woe’s. Rask is clocking in the Top 3 for Save Percentage across the league. 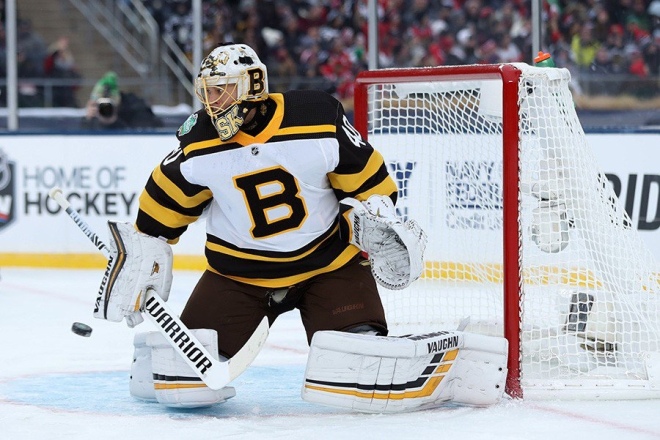 2. Marchand, Bergeron, Pastrnak. The Erection Line, or better known as the best line in hockey.

Those two things are keeping them in the middle of the Eastern Conference Standings. From there on, they have a boat load issues. Biggest issue is secondary scoring. They rely so heavily on the Erection Line, and Powerplay it often gets overlooked, but the Bruins have nothing after line 1. David Krejci is having a good year statistically, even though he’s great one week, invisible the next. That’s the “MO” of David Krejci. His linemate, Jake Debrusk is a good player, and is a good fit for the Second Line. He has 19 points, but just isn’t as lethal as we’d all like. No issue with Debrusk whatsoever, he’s nails and will one day wear a letter on his chest I am convinced. It’s Krejci’s other wing that’s an issue.

Krejci’s right wing has been a a revolving door of stiff after stiff after stiff. Ryan Donato, a second year guy who looked to be a Top 6 piece last year, has been up and down all year. He’s regressed badly. Last year he had 9 points in 12 NHL games, this year he has 9 points in 34 games. Not good. Anders Bjork had 3 points in 20 NHL games this year, and 10 in 13 AHL games before being sidelined with a season ending injury. Those guys were both rushed into NHL duty, and will likely be spending the majority of this season and next in Providence. 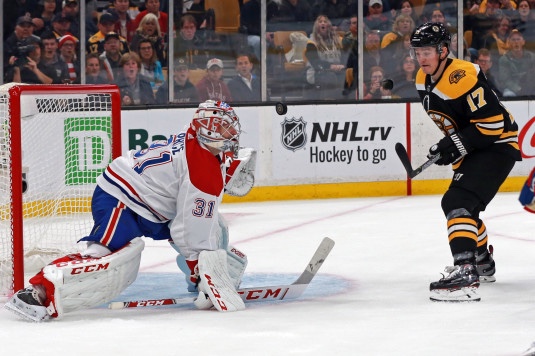 Currently Peter Chelarik is manning the wing, and has produced decently in his stint. Chelarik has 4 points in 8 games so far. Hopefully he keeps it up, but I’m not holding my breath. 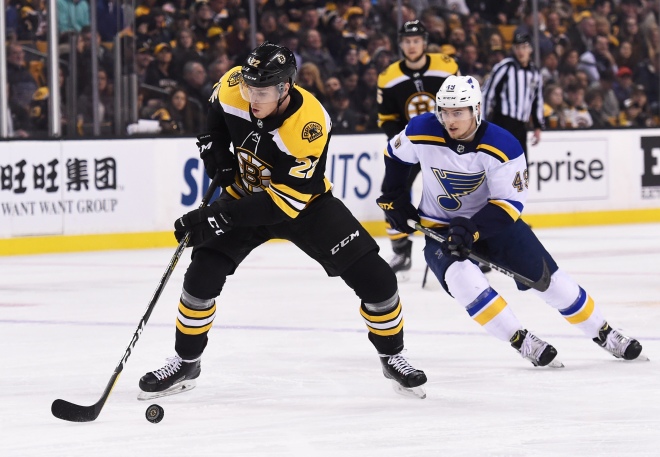 To make matters worse the Bruins third line has been shitty too. Danton Heinen has regressed badly after nearly cracking 20 goals his Rookie Year. David Backes is a complete shell of himself, as his physical play style has caught up to him. Both those two have been in and out of the lineup all year. They have a quality Fourth Line with Chris Wagner, Sean Kuraly, and Noel Acciari. They are physical, and contribute with big goals. No issues there.

As we inch closer to the deadline the need for depth, and secondary scoring becomes more glaring. They cannot just sit on their hands with the Roster as it currently stands. Don Sweeney owe it to Bergeron, Chara, Rask, and (FINE) Krejci to add for a playoff push. It allows Chelarik to move down a line, which is probably better suited to him. Who should the Bruins look at? 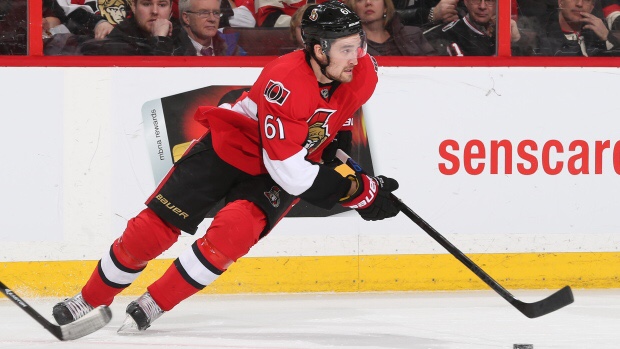 Mark Stone is the ideal trade option for the Bruins to help fill that second line void. He’s cracked 60 points in all but one of his five full seasons as a Senator. Stone checks all the boxes for me. He’s a bit of a pest a la, Brad Marchand, but he’s got more size. Most importantly, he’s and expiring contract. His deal is up at the end of the year, so his $7.3 AAV is easier to stomach. Adding Mark Stone is my primo, creme de la creme target. On a team like Ottawa, who’s tanking, a deal could be made.

The Bruins haven’t had much success with Hayes brothers, but Kevin is an option I’d consider. Hayes isn’t quite the player Stone is in terms of goal scoring ability, but he is younger, and is good to contribute around 40 points a season. Hayes is versatile, with the ability to play center or wing. The Bruins have a solid trading relationship with the Rangers, and with them out of the Playoff picture I could see a deal being made. Kevin will be a UFA after this year, so his $5.1 million AAV will not be an issue.

The Bruins have been linked to Schenn at earlier points this season. St. Louis loaded up on talent this past summer, and they came out of the gate as one of the league’s worst teams. All signs pointed to the Blues selling off names like Pietrangelo, Tarasenko, and Schenn. They’ve recently turned a corner, and are a mere few points out of the last Wild Card spot in the West. Last year was a career year for Schenn, potting 70 points for the first time in his career. He’s not on pace for similar this year, but he is on pace for his career average of around 40-50 points. Much like Hayes, Schenn can play Wing or Center if needed. He’s got 2 years left on his deal at $5.1 million AAV. A deal will be tougher since the Blues have regained their form, but I could still see one being made for Schenn.

Notice how Wayne Simmonds is not on the list, Bruins fans? For some reason Bruins fans are hell bent on acquiring Simmonds. At 30 he is half the the player he once was, which was a solid 40-50 point guy, who was tough and fought. This is pretty much what Milan Lucic was for the Bruins, and I think that’s why Simmonds is always mentioned. Like Lucic, Simmonds is slowly regressing with age, so trading for Simmonds on the back 9 is pretty much identical to last years Rick Nash trade. Let’s not do that again, the Bruins need an honest to goodness, in their prime, goal scoring stud.

Over the next few weeks we will find out what the Bruins have in store. Sadly, they are in a spot where they kinda have to take a kick at the can. I hope Don Sweeney see’s what everyone else see’s, a team that needs guys who can put the fucking puck in the net.