0-10!  Perfection baby!   Another Sunday, and yet another loss for the Cleveland Browns.  Chalk this up as another game they could’ve, should’ve won.  The Browns defense did their part.  Hue Jackson, DeShone Kizer, and the rest of the Browns offense are 100% to blame for yet ANOTHER loss. 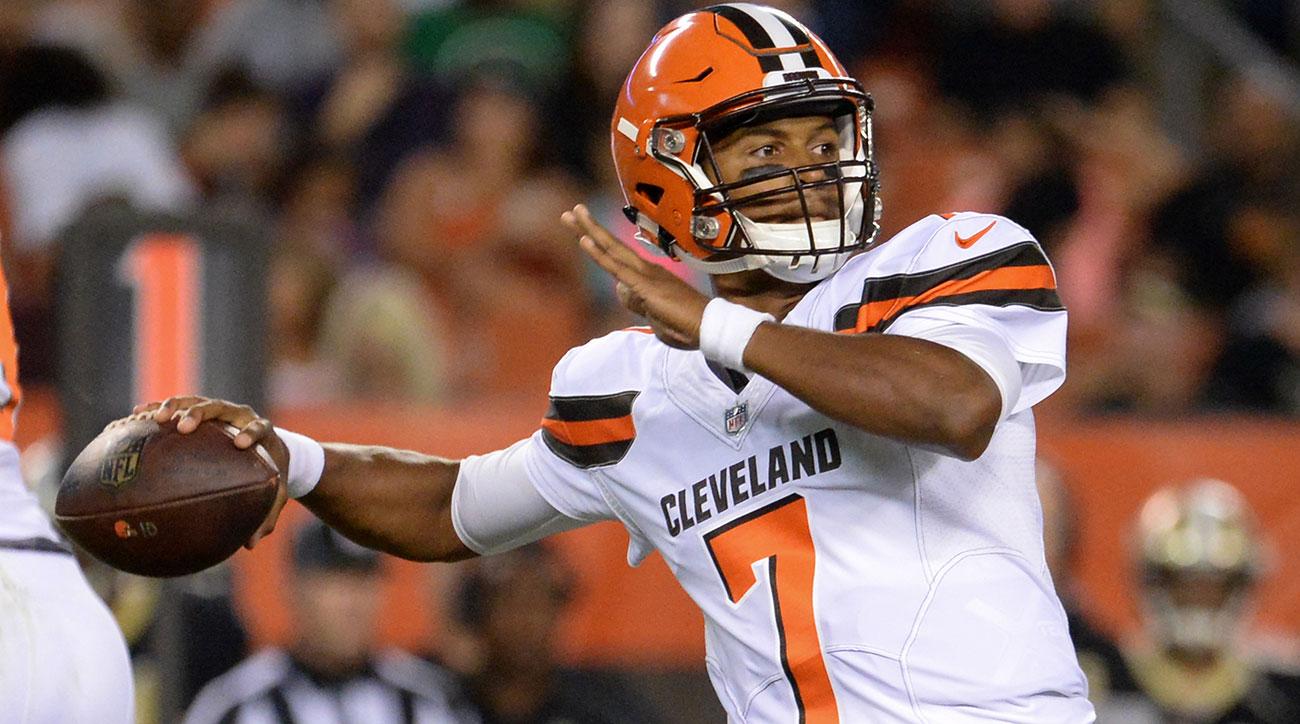 The game started off mellow enough with the Browns forcing the Jaguars to punt after an anti-climatic opening possession.  Directly after the punt Kizer threw his first pats DIRECTLY to Jaguars linebacker, Melvin Smith.  Smith intercepted the ball around the Jaguar 45 yard line, and returned it all the way back to the Browns 30.  A few plays later Blake Bortles floated a 10 yard touchdown pass to veteran tight end, Mercedes Lewis.

After exchanging three-and-outs, DeShone Kizer decided to throw on his big boy pants, and lead a fast touchdown drive.  The drive was capped off by a Duke Johnson 27 yard touchdown catch.  From here on, there is absolutely nothing to write about.  The offense couldn’t do dick.  70% of the game was played at a 10-7 score, and these fucking stiffs couldn’t manage three fucking points. Couldn’t even tie the game for a measly few minutes.  Hell I’d take a tie at this point.

After Kizer’s impressive TD drive, the Browns offense was done for the afternoon.  Kizer finished the game 16 of 32, 1 touchdown, and 2 interceptions.  The game ended with Kizer getting strip sacked at his goal-line, and the Jags falling on the ball in the end zone.  19-7 was the final.  0-10 we go.

Much like the all the previous losses, this one hurt bad.  I mean, your defense battled it’s ass off to win.  They put you into position to win a football game, and you shit down your leg.  Granted, it’s a fantastic defense in Jacksonville.  They attack the QB with lineman, linebackers, and defensive backs.  I understand it was going to be tough, but you couldn’t manage another 3?  This game just screams, “GET US A VETERAN”.  Imagine if the benched Tyrod Taylor played today?  I guarantee the Browns make it up the mountain to score at least 3 more points.  It is frustrating to watch.

myles garrett is going to be a monster pic.twitter.com/BysrYbnEo7

Week 12 brings the Bengals.  Currently, they are up 13-7 on the Broncos.  Again, the Browns can win this game, but likely won’t.