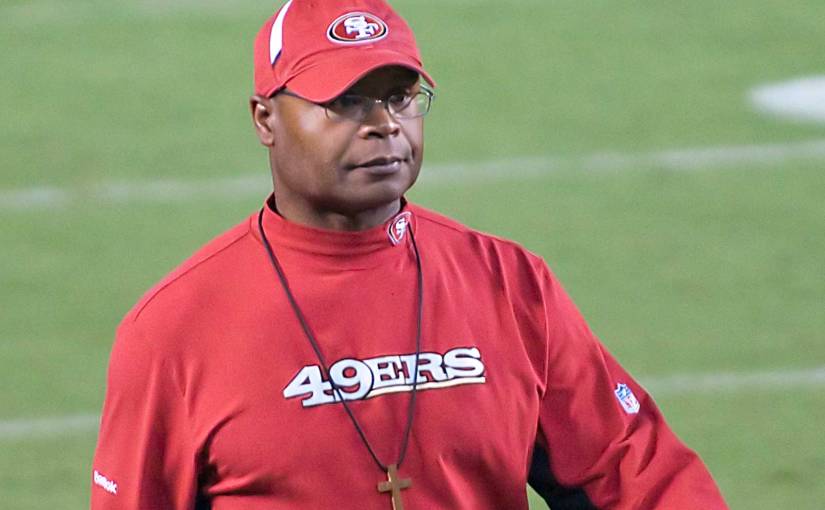 Un-fucking-believable.  According to Will Burge, Mike Singletary was hanging around Berea interviewing with the Browns.  It is still unclear what exactly he was interviewing for.  All that’s known is he had a huge binder with interview material. Not good.  Definitely not good.

Yes, they interviewed him; but the Browns aren't looking at Mike Singletary as a head coach, for what it's worth.

^ This is good news.  Singletary turned himself into a complete laughing stock as Head Coach of the San Francisco 49ers. His record as their head coach was 18-22.  Not bad, but certainly nothing to write home about in any way.  He is probably more known for his media rants than wins and losses.

So what exactly could this clown be interviewing for?  Well, there are a few theories being workshopped on the matter:

Personally, I see the second option being the most plausible.  The reports of the gap between the two groups within the two groups inside the organization have been damning.  I believe the Haslam’s are working to hire that “football mind” that would be able to work with both the Geek squad, and Hue and co. I can sadly see options 3 and 4 being legitimate as well.  Lets hope for the best here, but I have a sinking feeling.