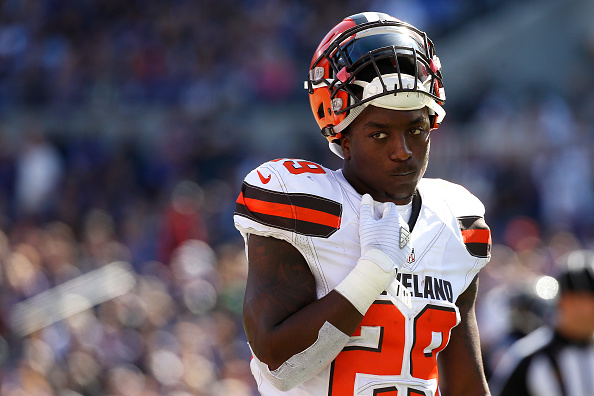 Week 2 is in the books and with that, brought us some highlight plays. We’re starting to see some separation from the good teams and the mediocre teams but much is still up for debate. A staggering 7 teams were unable to put a touchdown on the board — which speaks to how bad some offenses have been (looking at you Russell Wilson). However, we still had our array of big plays so we will open this week up to the Top 5 plays of Week 2.

Thursday night gave us a thrilling 13-9 barnburner of a matchup between the Texans and Bengals (who the hell schedules these?). As evident by the scoreline, there wasn’t really any action throughout the whole game. We did however, see Watson break free for his first rushing TD in his young NFL career. Weaving through defenders, Watson takes our #5 spot.

The Cardinals and Colts had another one of the week’s offensive showdowns, finishing 16-13 in OT. We were able to atleast see this acrobatic catch by Nelson with shades of the Jermaine Kearse catch a couple years ago. However, this one was only for a first down and not as important. Still impressive — falls on our #4 spot.

The Lions might be for real, after a statement win on Monday night at the Giants. Stafford and the offense played well but this punt return really sealed the victory for the Lions. Agnew juked a couple times, spinned, and was off to the races. Agnew clocks in at #3.

#2 – Todd Gurley Hurdles Over the Defender for the TD

The Rams lost a tough one to the Redskins 27-20 but look to be much improved over their anemic offense last year. Todd Gurley looks to be getting back to his Georgia roots in making big highlight plays. He had a couple of great runs during this game but none better than his hurdle into the endzone. Gurley checks in at #2 in a play that could easily take #1 any other week.

There hasn’t been too much to be happy about in Cleveland. The Browns are at 0-2 despite having the brightest future that they’ve had in a long time. Duke Johnson Jr. made a catch that would be much more talked about if he did not play in Cleveland. To do this from the running back position as well? Sign Duke up for the #1 play of the week.

Stat of the Week

Reminder That Nobody Executes Better than the Patriots

Situational football executed perfectly by the Patriots to end the first half. pic.twitter.com/wN3o36sO3c