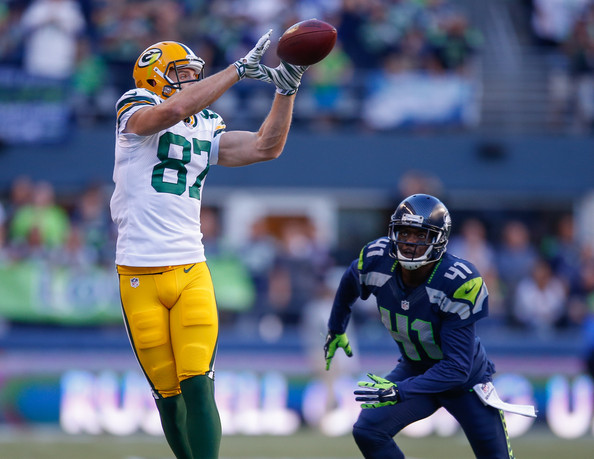 The New England Patriots, which were the consensus #1 in power rankings across the media world opened the season up with a loss, marking their fall from grace (temporarily). There were some contenders that looked weak and some that stood out. It’s only Week 1, so obviously the sample size is a bit small but we’re going to take a shot at ranking the teams anyway. Let’s take a look at the rankings:

The Packers managed to not let the Seahawks score one TD, which although it’s Russell Wilson, shouldn’t be overlooked. The Packers came out and defended their home turf against a good Seattle team and look poised to have a successful season

The Steelers opened their season with a close fought victory over the Cleveland Browns. A heavy pre-season favorite to make the AFC title game, their offense sputtered a little bit against a Browns team that did not perform well last year but looks to be much improved. We’ll need to see a little more out of the Steelers before we award them the top spot.

Stop me if you’ve heard this one before — but the Cowboys played the Giants in a tough fought game on Sunday Night Football. After falling to the Giants twice last year, the Cowboys were able to get their revenge and open the season on a positive note against their NFC East rivals. Although without Beckham, the Cowboys were in control the entire game and that cannot be overlooked.

What’s not to look about the way the Chiefs opened the season? They went into Gillette Stadium, home of the Super Bowl champions and punched them in the mouth. They made the greatest QB of all time look painfully average and out-coached Belichick and his staff en route to a blowout victory. Are they for real? It’s hard to say they’re not after that performance.

The Raiders traveled over to Nashville to take on the Titans in what many considered to be a trap game. Marshawn Lynch’s return to football was triumphant though as the Raiders looked solid in all phases of the game. They scored on the opening drive, traded some scores but never looked to be in doubt.

The preseason favorite to win the Super Bowl looked BAD on the Thursday night opener. Although they manage to put up 27 points, they fell apart in the fourth quarter. The defense looked porous and the injuries are lining up already. The Patriots need to make a statement at New Orleans.

The Falcons went in as big favorites against the Chicago Bears but seemed to struggle at times as it was kept close for a majority of the game. The Falcons were a dropped catch and extra point away from losing this game. Mike Glennon took a sack on 4th and Goal and saved the Falcons from an embarrassing first game defeat.

The Seahawks struggled at Lambeau on Sunday evening. They weren’t able to get the ball moving on offense too much and the retooled offensive line still looks bad. The Seahawks look to the same script of riding their defense to success but we’re going to need to see some improvement out of Wilson and the offense.

Sam Bradford had one of the better games of his career and looked locked in during Monday night. Stefon Diggs and Dalvin Cook look to be a nice pair of weapons on an offensive side that needs to support their strong defense. The Vikes crack the top 10 with the opening game win.

The Broncos were in control most of the game against the Chargers but a couple turnovers made the game into a very close contest. Siemian looked better under center but still needs some improvement. A blocked kick after an iced field goal put a notch into the Broncos’ win column.

The Lions fell behind quick to the Cardinals and looked to be blown out. However, Stafford picked up right where he left off and led another 4th quarter comeback to win big over Arizona.

Are the Ravens back? Maybe. Their defense shut out the Bengals which is a fact that cannot be overlooked. Andy Dalton looked bad but this defense looks to make offenses turn the ball over more frequent than not. The Ravens could be a dangerous team come January.

The Eagles defense looked good — and the offense look even better. Carson Wentz made some big plays to lead the Eagles to a victory. The second-year QB looks primed for a big year in a competitive NFC East.

Hurricane Irma delayed the Bucs’ start of the season so we were unable to see them in action. Highly touted to do well this season, the Bucs open up the season at home against the Chicago Bears.

The Giants went into Dallas without their best player and looked painfully mediocre. We’ll wait for Beckham to come back into the lineup before deciding how the Giants look but a loss at Dallas won’t raise any eyebrows.

The Panthers coasted to an easy 20 point victory against a bad San Francisco team. We didn’t really learn too much other than Cam looked rusty and McCaffrey looked to be a solid addition. We’ll learn more about the Panthers in their home opener against the Bills on Sunday.

Marcus Mariota was unable to lead the Titans to an opening game victory. The Raiders, albeit a tough opponent, were on the road and playing on the East Coast at 1 pm. The Titans should have taken this game and will look to bounce back against the newly confident Jaguars.

The Dolphins are back in action this week. Jay Cutler looks to lead an offense that lost Ryan Tannehill to a season-ending injury. The Dolphins made the playoffs last year, but will have to over-perform to get back there.

The Rams aren’t as good as their 46-9 absolute dismantling of the Colts but we shouldn’t ignore that. Their defense forced turnovers, scored touchdowns and made the Colts look like a junior college team. Jared Goff didn’t look too bad either.

The Jaguars had TEN sacks against the Texans on Sunday. They won’t keep up this pace but their defense looked mean and ready to go. Is this the year the Jaguars finally figured it out? Wouldn’t be a bad guess after an impressive performance week 1.

The Chargers managed to hang in there at Mile High and lose due to a last second FG being blocked. Philip Rivers is always dangerous and a healthy Chargers offense could spell trouble for opposing defenses.

The Redskins were a let down against the Eagles at FedEx Field. Kirk Cousins wasn’t able to get much going and outside of a Chris Thompson highlight TD, neither was the rest of the offense.

The Cardinals jumped out to a quick lead but then rolled over and let the Lions put a beating on them. A loss of stud RB David Johnson suddenly makes this offense look pretty one-dimensional. We’ll see if they can bounce back.

An ugly win against the New York Jets on your home field is not something to be proud of. The Bills got the W but struggled at times against the lowly Jets. A road game against Carolina will let us know if the Bills are going to compete this year or not.

The Saints went into Minnesota for an Adrian Peterson revenge game but after 6 rushes for 18 yards and a sideline argument with Sean Payton — things don’t look well. The defense will be tested next week against an angry Patriots team in the Super Dome.

The Texans has expectations of winning the division but they open up low on our rankings due to the embarrassment of an effort they put up against the Jaguars. The offense sputtered and word is that O’Brien is already moving forward with rookie QB Watson. Not the worst call.

The Browns check in at 27 after a pretty well fought game with one of the premier AFC teams. After opening the game with a blocked punt, Kizer was able to move the ball down the field. The defense didn’t look too bad either which led Roethlisberger to praise the team as a whole in a post game interview. Be careful, this is not your same Browns team — they’re on the rise.

The Bears were a Jordan Howard catch away from upsetting the NFC champions. They hung in there but four goal-to-go situations without a touchdown with the game on the line was not the greatest look. Mike Glennon isn’t scaring any defenses but these Bears have some fight in them.

Cincy looks to bounce back on Thursday against the Texans after an awful offensive performance by Andy Dalton. Four picks and a fumble later, it’s no surprise the Bengals looked like garbage. However, AJ Green can not be overlooked but Marvin Lewis’ job is not looking secure.

The Niners put up 3 points and barely deserved that field goal. Hoyer is leading an offense which seems uninspired. Maybe first year coach Kyle Shanahan can lead them to a couple victories this year.

The Colts, missing Andrew Luck, were the worst team this weekend. They looked lost and let a Rams offense (and defense) put up an astounding 46 points on them. Recently acquired Jacoby Brisett entered the game and connected on a long pass with Donte Moncrief for the Colts only highlight of the day.