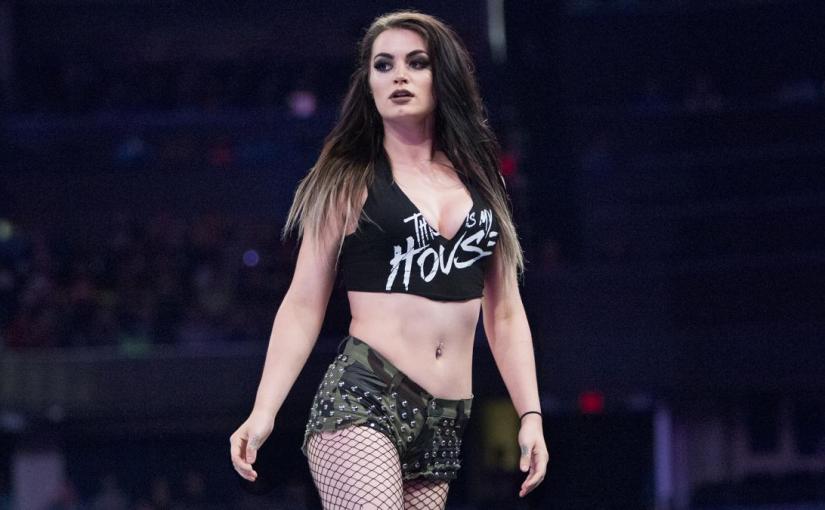 Paige’s professional wrestling career is reportedly over after suffering another neck injury during a house show, according to PWIinsider.com.

This is just devastating news. She just recently returned to WWE programming for the Raw brand after missing time from injury. Paige is one of the better wrestlers on the roster, yet very controversial. Married to Alberto Del Rio (Alberto El Patron), Paige was constantly in the spotlight during her hiatus. Rumors of abuse and domestic assault took over her life. Not to mention the sex tape that was released involving her and fellow wrestler Xavier Woods. Paige was a mess, but her wrestling ability was never in question. Fans waited patiently for her return.

I was pleasantly surprised to see her return as the leader of the “Absolution” faction a few months ago. She seemed ready to put all of her baggage behind her, and she seemed destined for another championship run. In tremendous shape and delivering tremendous mic work, it seemed like Paige was back to stay.

Until Friday afternoon. News broke that Paige suffered another neck injury during a house show on December 28. Sasha Banks (a Boston native) kicked her in the back of the head. But yeah, wrestling is fake. 🖕🏻 An accident. That’s it. Sasha is one of the better wrestlers in the world. But one accident can be the difference. Paige was not expecting the kick so was unable to protect herself properly. The match had to be called off, and it took Paige several minutes after the match to be able to stand under her own power. WWE is refusing to clear Paige to wrestle. This is very similar to Daniel Bryan’s situation. He was deemed unable to compete, so he retired. But now he is on the verge of being able to compete after having time off.

Let’s hope the same is true for Paige. Paige is a once in a generation talent. She started the “Women’s Revolution” in WWE. Her work in NXT (the developmental league for WWE) was superb. She was the first NXT women’s champion and was truly destined to be one of the greatest.

At only 25 years old, we can only hope that Paige is able to continue her career after some time. But for WWE to deem her “unable to compete,” and for them to suggest she retire, seems to indicate that this is very, very serious. There is always the possibility that another wrestling promotion would clear her, but it seems highly unlikely that anyone would be willing to take such a risk. Paige was set to compete in the first ever women’s Royal Rumble match later this month. We will have to wait and see what surprises WWE has in store to replace her.

Its hard not to be genuinely concerned for Paige’s mental and emotional well being. Wrestling is all she has ever known. She grew up in a wrestling family, and has been wrestling since she was thirteen. She has said in the past that she was very depressed and had thoughts of suicide during her last hiatus, which was made worse after the sex tape was released. It’s an unimaginable thing to have something so engrained in her life to be taken away from her. God willing she will have support from family and friends to get her through this difficult time.

If this is the end, then this has already been an incredible career. At only 25 years old, the ring truly was “her house!”

One thought on “Breaking News: Paige’s Wrestling Career Reportedly Over”