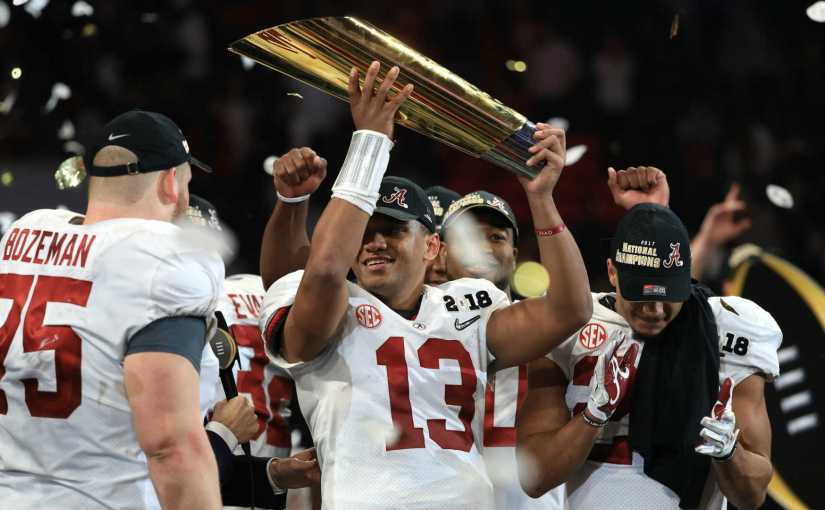 It took me some time to accept this, with my extreme hate for Alabama and the SEC conference but facts are facts. Alabama is the best team in the nation. Nick Saban and the Crimson Tide went into halftime down 13-0. In an unprecedented move, he benched his QB (who wasn’t doing much to be fair) who has won 25 of his last 27 starts to put in a true freshman, Tua Tagovailoa to lead the comeback.

The play that sealed the National Championship?

Jokes — I’m firmly anti-Alabama but UCF… you guys are not the national champions, you went undefeated in the AAC.

Also, chalk this up to the Atlanta Journal Constitution for jinxing UGA before the game even started. 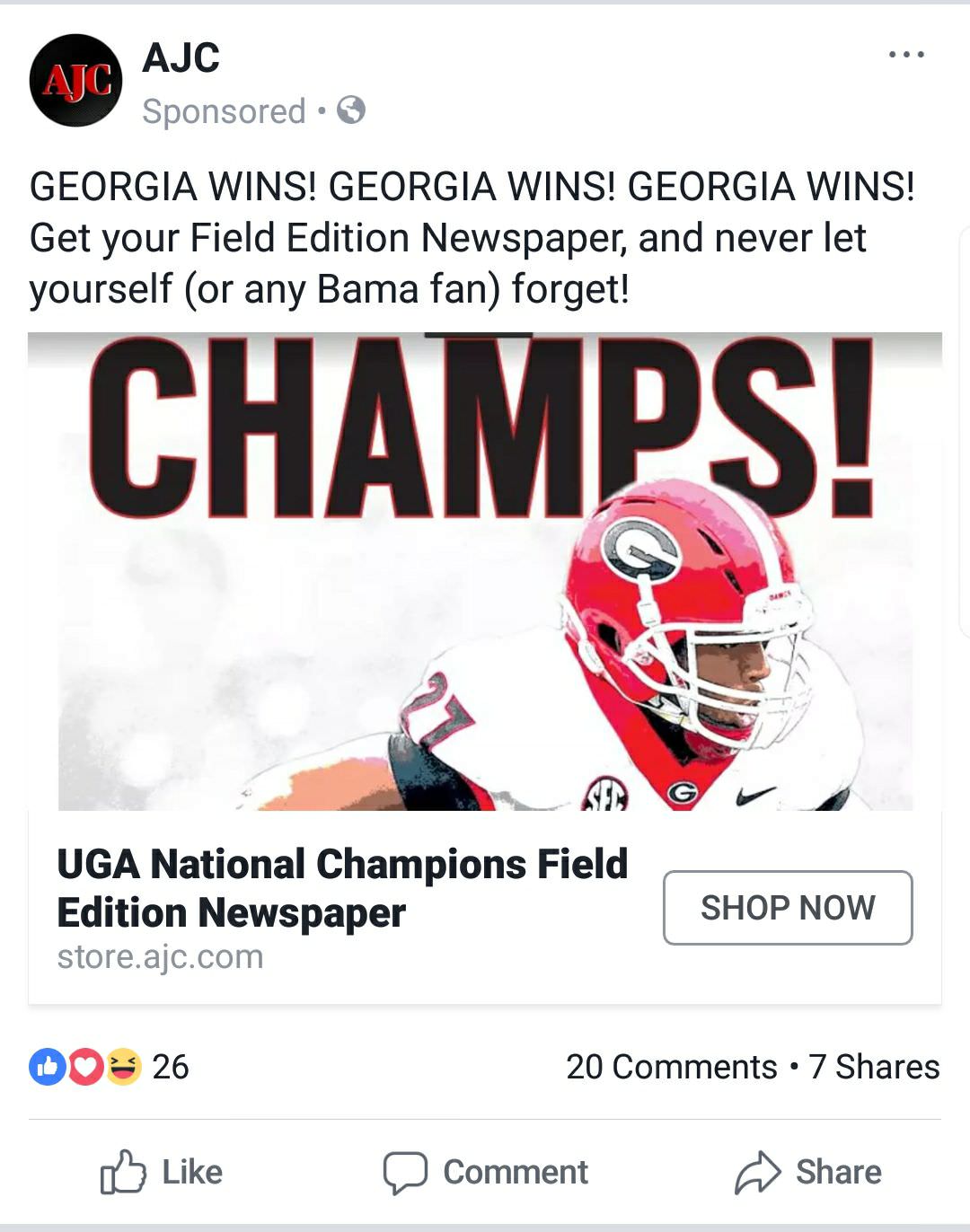 Back to the game, Georgia controlled the entire first half and most of the game — in fact Alabama didn’t lead once. Jake Fromm made some big throws but with a one score lead and 7 minutes to go, they couldn’t convert a first down. Tua, who made big plays all night, took his team down and hit Calvin Ridley to tie it up at 20.  Georgia then was forced to punt after 3 downs yet again, setting Alabama up for an easy game-winning 36 yard FG.

Of course however, Nick Saban was not losing this game in OT as Georgia scraped up a FG and Alabama hit them with the dagger on the following possession.

That’s a wrap — Alabama has now won 5 championships in 9 years and is no doubt the powerhouse of college football. Now with a stud freshman QB? Place your bets on Alabama repeating again.

PS — State of Georgia in football…not the best look.

Is there something in the Georgia Water? pic.twitter.com/3UEAlmvnRp