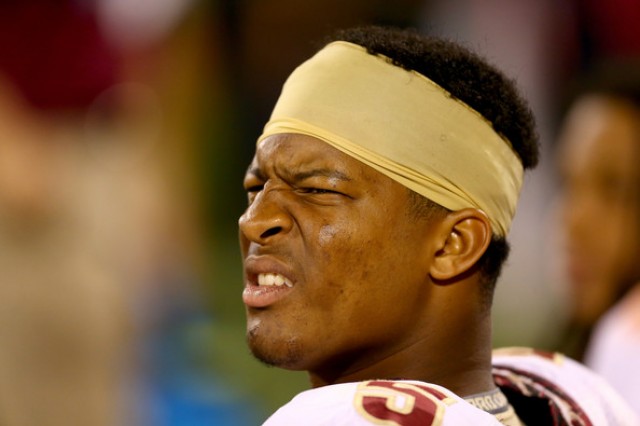 Things are going south in Tampa Bay fast. After a predicted NFC South champion by most media outlets, the Bucs find themselves at 2-6 in a suddenly stacked division. Hopes are definitely low and according to some people, the team has already quit.

Apparently word around NFL is #Bucs have already given up. "Everybody in the league knows they quit." https://t.co/CTPES6oLCH

The Saints game was definitely a chance for the Bucs to bounce back but before the game, Winston tried to rally his troops.

I guess Jameis is VERY hungry for a win 😂 (via @nflonfox)

I’m a huge Jameis Winston guy — but this was embarrassing. Nobody had any clue what the hell he was doing. DeSean Jackson has never looked more confused in his life in the background. Winston, of course, did not finish this game due to injury, looked horrible in the first half, and started a fight that ultimately sees Mike Evans suspended for one game. Tampa lost 30-10 and somehow Ryan Fitzpatrick manages to find himself starting on yet another team.

Winston needs to focus on his performance on the field and stop trying to have a gimmick pregame speeches. To add insult to injury, Golden Tate even had something to say.

retweet if this is NOT your QBpic.twitter.com/Iujbh5ga2Q

Not a good look Jameis.

One thought on “Jameis Winston With An All-Time Pregame Speech”